Destiny: The Taken King's new raid 'King's fall' has already been cleared by multiple teams. The latest expansion for Destiny released a few days ago, while the expansion's new raid went live yesterday at 10 AM PDT. 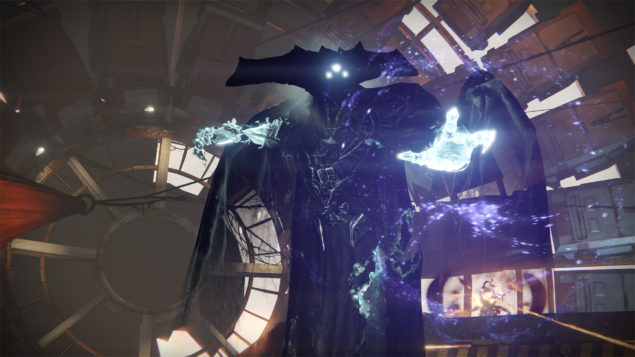 The raid went live three days after the launch of Destiny's expansion, and according to Destiny game designer Luke Smith, players don't have to complete any quest prior to entering the raid. The only requirement is to reach level 40, gear up and group up:

King's Fall Raid access is not gated by ANY quest (no attunement). Hit 40, gear up, group up and when the activity is turned on, go nuts.

The raid clearance was confirmed by developer Bungie through their Twitter feed, as can be seen below:

Are you checking Bungie Twitter to see if anyone has beat the Raid? The answer is "No!"

Everyone click a link and type "WORLD FIRST" in chat. Congratulations:http://t.co/aDzHOU7glvhttp://t.co/isdzKKH7JW http://t.co/QZpC5rbo39

Judging from the Tweets, 3 fireteams managed to clear the raid within a few hours on day 1. Coming from a game as World of Warcraft, it seriously makes me wonder what's up with these so called 'Raids'. When I hear the word 'raid', I instantly experience traumatic, but satisfying flashbacks to weeks of raiding the same event. Some of these raids almost got me fired actually. Although I surely wouldn't call clearing these Destiny raids 'easy', it does makes me wonder why Bungie makes these raids so 'accessible'.

What are your thoughts on the raids created by Bungie? It isn't the first time that a new Destiny 'raid' gets cleared a day 1.