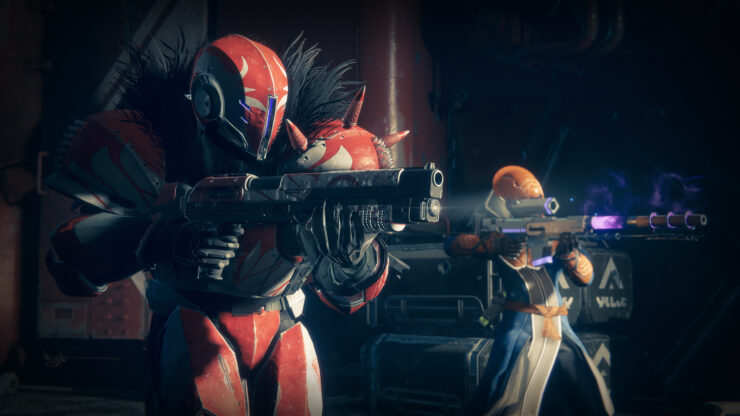 The wait for Destiny 2 is almost over, at least for console gamers (PC's launch is due roughly a month and a half later). The game will launch on PlayStation 4 and Xbox One this Wednesday and given how popular Bungie's first installment was, it's understandable that many fans are on high alert.

Thanks to a timely leak of the official Destiny 2 PrimaGames guide, we now have a much more accurate understanding of the amount of content that will be included at launch. 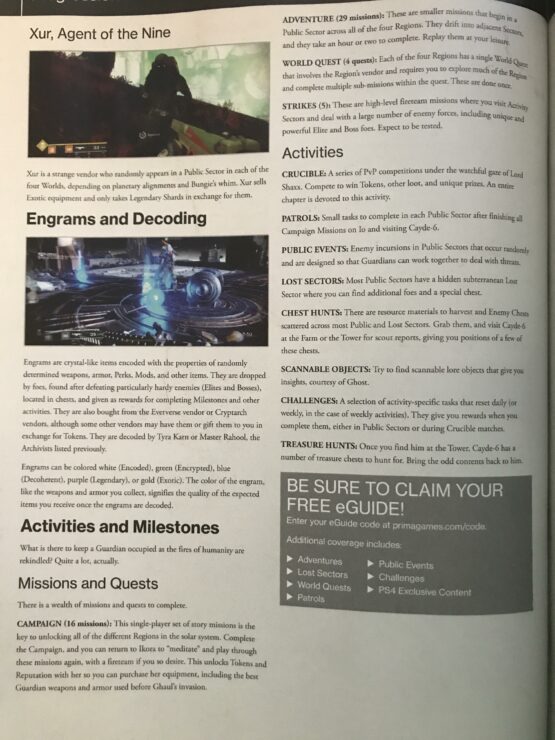 There will be sixteen story campaign missions (in addition to the Prologue which was available in the beta tests). Once you're done with those missions, they can be replayed at will by talking to Ikora. This will unlock the ability to accumulate Tokens and Reputation with her to get equipment that includes the best weapons and armor available prior to Ghaul's invasion.

Adventures, one of the new side activities introduced in Destiny 2, will have twenty-nine missions scattered across all the playable spaces. These can be found in Public Sectors and are also replayable; their duration usually ranges from one to two hours at maximum.

Each of the four regions (Titan, Saturn's Moon; Io, Jupiter's Moon; Nessus and the European Dead Zone on Earth) has a World Quest where you'll need to explore the region and complete several side-missions to unlock a vendor's rewards. These can only be completed once.

Finally, there are five Strikes available to all platforms as well as another one that is temporarily exclusive to PlayStation 4 due to Activision's agreement with Sony; this will launch next year on PC and Xbox One.

Destiny 2 also has additional activities that haven't been numbered in the guide, such as the Lost Sectors, Patrols, Public Events, Challenges, Chest/Treasure Hunts. However, the guide does list the Crucible PvP maps available at launch: there are eight of these, though only six are available in the Competitive playlist for now.

You may pre-order Destiny 2 via Amazon in case you haven't done that already.