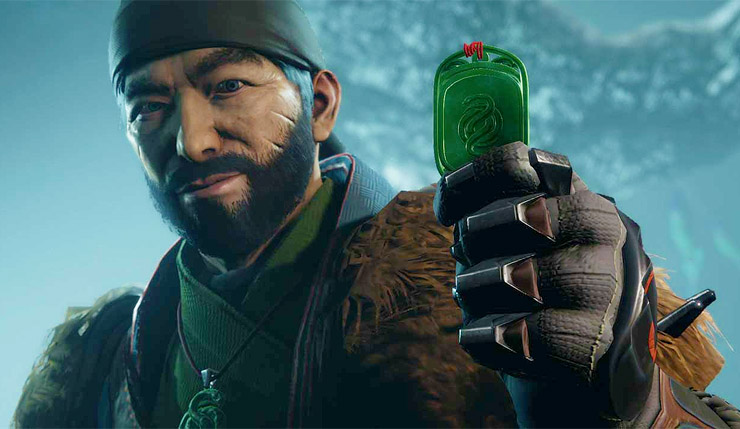 There are some big changes in store for Destiny 2 when the game’s big Year 2 expansion, entitled Forsaken, launches in September. A fresh story, new destinations to explore, a unique PvP/PvE mode, and a whole lot more is in the works. You can check out a video overview of the Forsaken expansion, below.

We also have some eye-popping 8K Destiny 2: Forsaken screenshots for you. Yes, 8K! Check them out in the gallery below, or click on the following links (image 1, image 2, image 3, image 4, image 5) to see them in their full-resolution glory!

Forsaken’s story takes players back to the dangerous asteroid belt, The Reef, with Bungie promising the expansion will have a western-revenge vibe. The story kicks off with a breakout at a prison Cayde-6 has been filling with the most unsavory characters in the galaxy, and, presumably, things just get worse from there. Bungie is also adding a new location, The Dreaming City, designed for endgame play.

“Following years of strife, what remains of the Reef has fallen to lawlessness. Players investigate the recent unrest and will explore new regions, awaken new powers, and earn powerful weapons. Building on the most requested desire for a deep and rewarding endgame experience, Destiny 2: Forsaken features The Dreaming City destination. Full of secrets to discover and bosses to defeat, this destination also houses the brand-new raid and is the first space designed from the ground up to support endgame content.”

Bungie will also be adding Gambit mode, which combines PVP and PvE in a unique way…

“Gambit is a new, hybrid 4v4 mode that merges both PvE and PvP experiences into an epic battle. This entirely new way to play Destiny 2 offers something for all types of gamers to enjoy, appealing to those who thrive on the competitive challenge of PvP gameplay, while seamlessly blending the collaborative and unpredictable elements of PvE. This new mode will be playable at E3 2018.”

Forsaken will introduce some weapon changes, including a new mod system, and greater loadout freedom. Bungie is also adding Collections, a much-needed way to easily keep track of all your items and find out how to acquire new goodies. As always, the expansion will also include the usual assortment of new weapons, armor, gear, Supers, and gameplay tweaks.

Of course, Destiny 2 Year 2 will include more than just Forsaken, as Bungie is prepping an Annual Pass which includes three additional content releases – Black Armory hits Winter 2018, followed by Joker’s Wild in Spring 2019, and Penumbra in Summer 2019. Forsaken will set you back $40, while Forsaken plus the Annual Pass is $70.

Destiny 2: Forsaken hits PC, Xbox One, and PS4 on September 4.