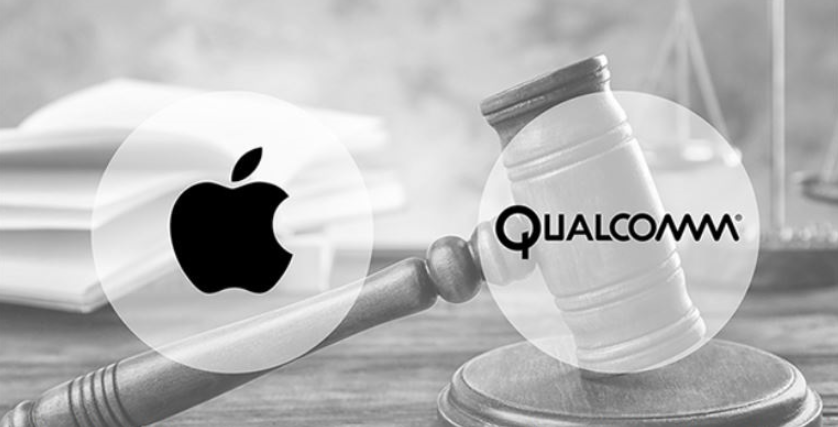 Apple has seen fit to release iOS 12.1.2 earlier today with a couple of bug fixes related to eSIM and overall refinements. Apart from this, the update also carried changes to tackle the patent involved with Qualcomm's ongoing legal battle. As it turns out, Qualcomm's heat for the patent infringements has still not quenched. The company says in a statement to Reuters that Apple “continues to flout the legal system by violating injunctions,” despite the iOS release earlier today. Let's see some more details on the legal scenario.

Last week, we covered that Apple was planning to release a new iOS update to avoid potential patent infringements with Qualcomm. iOS 12.1.2 did arrive with fixes addressed with the patent. However, the situation has become quite complicated. China granted an injunction against certain iPhone models to Qualcomm on December 10 with the company touting that “the import and sale of nearly all iPhone models in China,'' be banned. Apple, on the other hand, stated that all iPhones will remain available for users in China.

Apple stated that it would release an iOS update to avoid these potential infringements and so it did. Qualcomm, after the iOS 12.1.2 update states that Apple is continuing to violate the injunction which should have resulted in a sale ban in China. This is due to the fact that Qualcomm believes Apple is going against the court order to sell iPhones and no explicit permissions have been granted to do so.

“Despite Apple’s efforts to downplay the significance of the order and its claims of various ways it will address the infringement, Apple apparently continues to flout the legal system by violating the injunctions,” Don Rosenberg, Qualcomm’s general counsel, told Reuters in a statement on Monday.

“Apple’s statements following the issuance of the preliminary injunction have been deliberate attempts to obfuscate and misdirect,” Qualcomm’s Rosenberg said in a statement on Monday.

At this point in time, details on the Chinese injunction are still scarce and we cannot say anything with utmost certainty. It was reported earlier that the injunction only affected iPhone models which were running an older version of iOS. Reuters, on the other hand, made no mentions of the operating system and only features were the point of focus. Apple, at this point in time, believes that it is in compliance by the order of the court, which is allowing it to sell iPhones in China.

There will be more to the story, so be sure to stay tuned in for more details on the matter. This is all for now, folks. What are your thoughts on the matter? Do you think Apple is in compliance with the court order? Share your views with us in the comments.