Descent is Making a Return to the PC

It has been twenty years since the original Descent game came to North America. With a modern take on the series, it is due to make a return as Descent: Underground. Descendent Studios launched a campaign on Kickstarter to fund the development. The game, called Descent: Underground, is expected to arrive in March 2016. 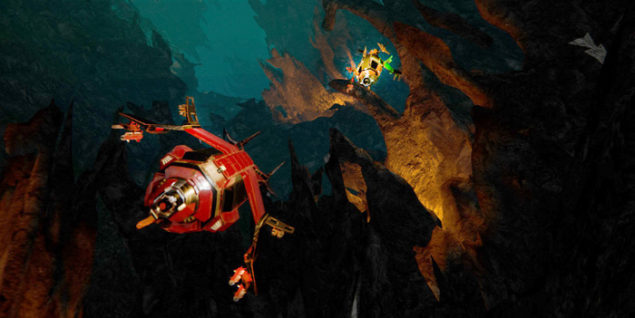 Descent’s fast-paced, six-degrees-of-freedom combat made addicts of us all!  Descent’s frenetic and pulse-pounding action were light-years ahead of its 1995 release date.  Like us, many of you still share war stories of your epic network battles.  You remember your heroic shots, your death-defying maneuvers, and matches ending with a narrow escape as the tunnel collapsed behind you.

Fight from a distance, slug it out up close and personal, provide repair and logistical support, or harvest and haul critical resources. Build and upgrade your drones. Set traps. Secure critical passages. Defend your team. Win the day! 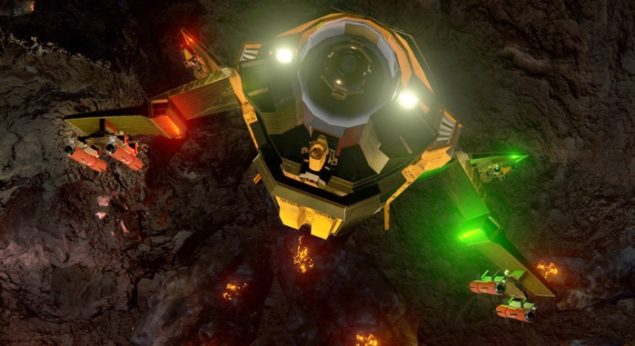 MULTIPLAYER is the heart of Descent: Underground.

Pit your skills against other pilots as you battle for critical resources in the asteroids. Fly alongside allies of your corporation, and crush competing corps into bankruptcy.

LEADER BOARDS will be presented as a corporate ladder. Compete with other pilots in a variety of categories, including most kills, most ore harvested, most tunnels created, most missile kills, most completed missions, and more.

Create your own corporation with friends. Rally together and fight as a team. A corporation can craft a logo, company name, and a team color scheme for their ships. Corporations will be ranked and regularly compete in massive tournaments to win glory and riches.

MATCHES can include multiple teams of up to sixteen players each.
Each map will have goals and some may have timers.

Capture the Asteroid – Secure and defend five strategic beacons in the asteroid.

Capture the Ore – Mine resources and ferry them to your harvester. The first to reach their mining quota wins.

Deathmatch Destruction – Kill all your enemies' drones before they destroy yours.

Mining for Minerals – Find and mine a special resource and return it to your harvester. But, watch out! If you drop the “ball,” your enemy will swoop in and snatch it away.

Descent featured six-degrees-of-freedom combat in zero gravity, meaning enemies at the time could attack from any direction, allowing players to maneuver their ship in as many directions. Its gameplay was quite revolutionary at the time of the original's release, which was subsequently was followed by two sequels.

Descent: Underground will be only the first title of the reboot

Descendent Studios, reveal that Descent: Underground will be only the first title of the reboot, with other iterations to follow. They plan to bring back 6FoF by blasting Descent into the 21st century, with current-generation gaming technology, Descent: Underground will deliver far more than just a graphics upgrade, and will feature multiple types of customizable ships as well as upgradeable weapons and sensors with richly-detailed tech trees. It will feature destructible voxel maps with new power-ups and mod tools for map creation.

All copies of Descent: Underground start with the WASP unlocked.  Some pledge tiers unlock additional ships.  All ships can be unlocked through game play.

Descent: Underground, certainly looks like its going to be one seriously incredible title. It is currently stated for a 2016 release, and so far it appears that Descendent Studios, will be getting the support they need to make the game a reality. You can visit the game's official site, and its Kickstarter page for more. We will bring you any new information on Descend: Underground as soon as it becomes available.