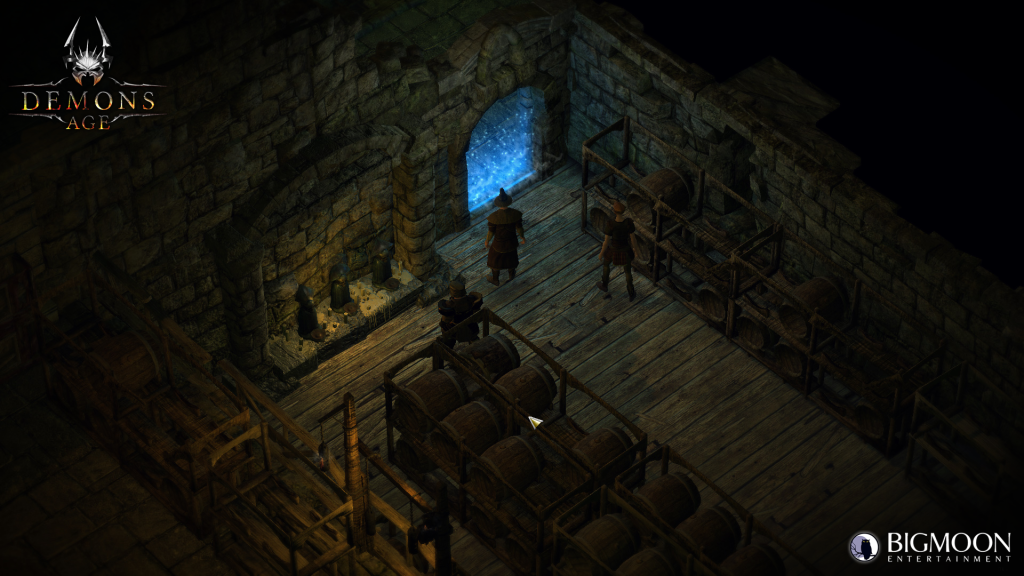 Computer role playing games have evolved quite a bit since the golden era of classics such as the Baldur's Gate games, but there are still several modern titles that offer a classic role playing game experience mixed in with some more modern features. Among these games, is an upcoming title which promises to bring plenty of adventuring fun for those who cannot let go of the D&D influence: Demons Age by BigMoon Entertainment. The game has indeed been heavily inspired by classic role playing games such as The Temple of Elemental Evil and the original Baldur's Gate, sporting a setting and characters inspired by Dungeons and Dragons, but it also comes with some interesting features that might set it apart from other similar games.

The first feature that differentiates Demons Age from other cRPGs is the lack of a character editor. In the upcoming game, players will not be able to create their own character, but only to choose between 16 already made characters, who can be customized in different ways. There's actually a very good reason behind this decision, as the team, wanting to deliver an emotional and impactful story, didn't want players to create characters that would feel out of place in their D&D inspired world.

Set in the old kingdom of Moragon, players will be exploring a lot of different locations to learn more about an ancient evil that seems to be returning to the land. King Konrad disappeared without a trace, the court's mage Kaldulor was accused and now sibling Princes Pellora and Karan have the task of keeping the kingdom of Moragon together, with demons returning from Hell and creating chaos everywhere. The story of Demons Age has been described by the developers as a betrayal story, and a corresponding mechanic will actual influence players' decisions quite often during the course of the game.

The Demons Age betrayal system is definitely one of the more interesting features of the game, albeit not exactly revolutionary. While exploring Moragon, players will often take advantage of inns scattered throughout the land, where they will be able to safely rest, accept sidequests, and recruit other party members. Recruitable NPCs feature scripted personalities which define their behavior and, more importantly, what they don't like, something that might lead them to betray the player at the worst possible time, during combat. Thankfully, betrayals don't happen all of a sudden, as it's possible to discover NPCs' ill intentions by reading between the lines.

Betrayals during combat will definitely prove to be a problem, from what we have seen so far of the game. Demons Age will feature plenty of hard hitting enemies that players will be dealing with in a turn based combat system which promises plenty of strategic depth. Battles, unfortunately, do feel quite slow compared to other similar titles, and this might bring the game down a bit, considering there will be plenty of random encounters as well as scripted battles.

Demons Age launches on PC, PlayStation 4 and Xbox One on a yet to be confirmed release date.