DEEPCOOL is launching their new CAPTAIN family of high end closed loop liquid coolers. This new family has earned the company's designated  premium GAMER STORM brand and rightly so. Featuring an aggressive red and black color scheme along with a very sleek looking red LED illuminated CPU block. These new coolers are targeted squarely at gamers with three versions available. The CAPTAIN 120, 240 and a 360. 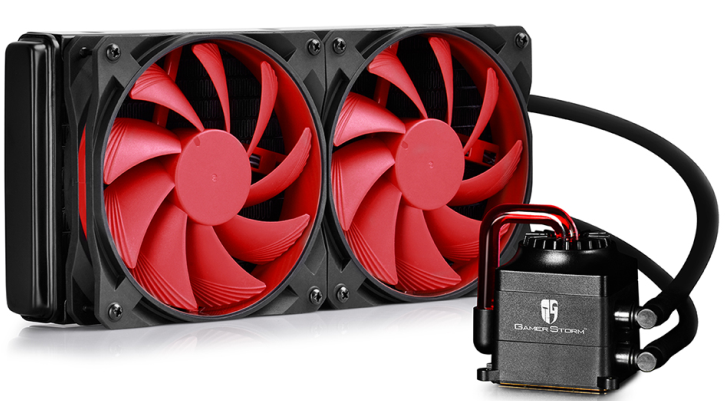 As you've probably guessed from the names, each version will either feature a single 120mm radiator, a dual 120mm (240mm) radiator or a triple 120mm (360mm) radiator.

These new coolers have some very intriguing set of features. Starting with the pump, DEEPCOOL is utilizing a new patented approach it calls SS (Separated Section). Which divides the pump and the cold plate into two separate blocks. These blocks are connected using a transparent tube which gives crystal clear viability to the dynamics of coolant flow inside.
This is a very interesting approach that differs from the pump + reservoir + CPU block combo utilized by Cooler Master or the reservoir + radiator combo that Asetek uses.

Not only is this a unique functional design but it also gives the unit a very unique aesthetic as well. The combination of the transparent tube that connects the cold plate to the pump and the red LED lighting creates what DEEPCOOL describes as a "Nuclear Reactor" look. 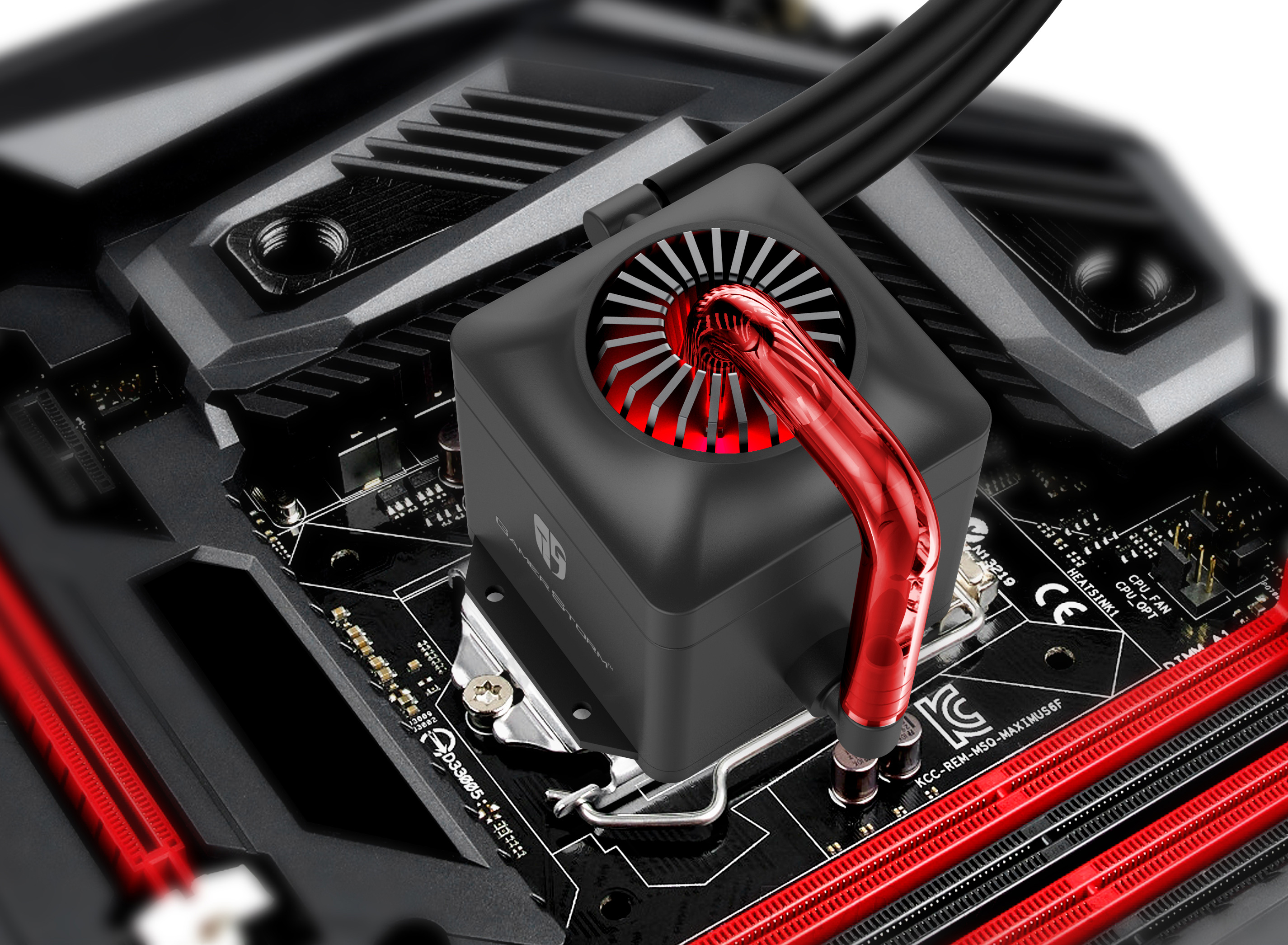 The unit also features a 100% copper base, high density (0.2mm) radiator design and flexible anti-evaporation tubing.
DEEPCOOL includes 120mm PWM fans which operate between 600-2200 RPM depending on the CPU load and amount of heat produced. Ensuring the best mix of cooling performance and quiet operation.
The fans also feature a unique detachable fan impeller design. This allows you to take off the fan blades, then clean them off with much more more convenience and thoroughness and re-attach them right back.