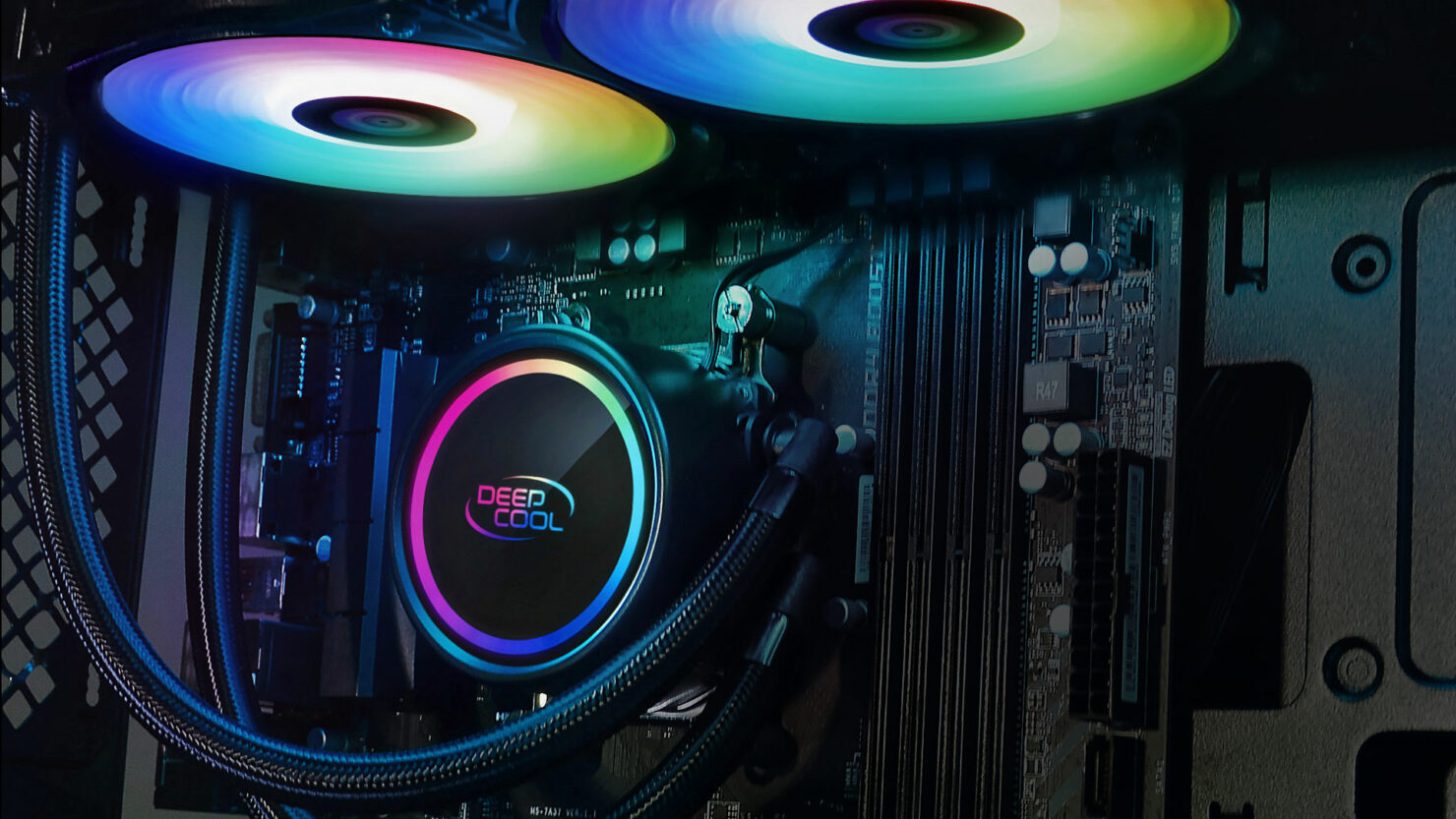 DeepCool has announced two new AIO coolers, called the GAMMAXX L240 ARGB and the GAMMAXX L360 AIO CPU cooler. These coolers have addressable RGB lighting and fantastic performance, which utilize DeepCool's Anti-Leak Technology and an Ultra large copper base that offers support for both Intel and AMD socket types. DeepCool hasn't revealed any pricing information for either AIO coolers or when these AIO coolers will be available for consumers.

DeepCool introduces the GAMMAXX L240 ARGB and the GAMMAXX L360 ARGB AIO CPU coolers, and these coolers feature DeepCool's anti-leak technology. This technology regulates the AIO cooler's pressure to ensure that no leaks can potentially ruin other PC components. These AIO coolers use an E-shaped micro water channel design, enhancing the heat transfer efficiency and the water circulation through the radiator. The L240 ARGB features two 120 mm fans, while the L360 ARGB comes with three 120 mm fans, allowing for a higher cooling capacity. This radiator is made from aluminum.

These fans are designed to produce not only fantastic cooling but also feature completely addressable RGB lighting effects. These lighting effects can be completely controlled through either the motherboard's RGB software or through the included RGB controller. This AIO cooler also features RGB lighting on the CPU pump. This pump features a maximum speed of 2,400 RPM and creates a maximum noise of 17.8 dBA. The pump uses a 3-pin connector to power and controls the RGB lighting throughout the entire AIO CPU cooler.

The fans used in both of these AIO coolers offer a maximum fan speed of 1,800 RPM and a minimum of 500 RPM. At the maximum speed, these fans create a maximum noise of 30 dBA, creating these coolers' cooling capacity without generating a large amount of noise. These AIO coolers offer support for both Intel and AMD sockets ensuring widespread compatibility for various computer systems. The 380 mm cord length further expands this AIO cooler's wide compatibility.

DeepCool has yet to announce any pricing information for either the GAMMAXX L240 ARGB or the GAMMAXX L360 AIO CPU coolers or when these coolers will be available for purchase for consumers.