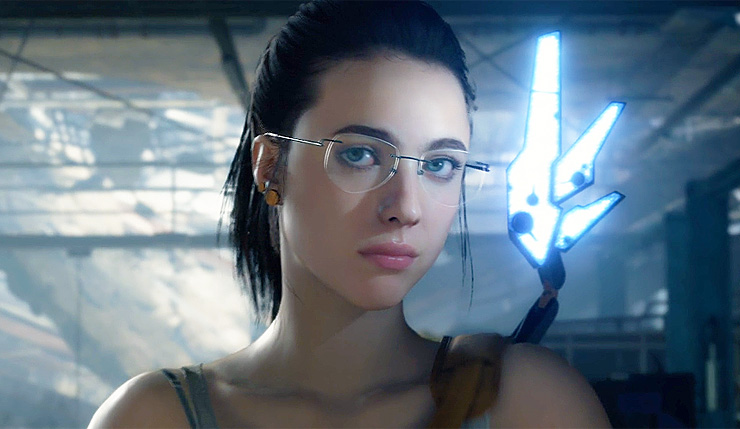 Death Stranding is finally hitting shelves in a just little under three months (yes, really), and yet, a lot of specifics about how the game will actually play remain a mystery. That’s not necessarily unusual for a Kojima production, but still, it would be nice to have a little more information before we plunk our money down.

Well, thankfully, Hideo Kojima showed up to Gamescom Opening Night Live bearing new trailers, gameplay footage, and a few more details about Death Stranding. Don’t get me wrong, there are still a ton of questions surrounding the game, but now we have a slightly better inkling at to what the game is all about. First up, check out a new character trailer for the Baby Bridge and Deadman, played by Guillermo del Toro.

So, just in case you didn't follow all that, Bridge Babies are taken from brain dead "still mothers" and can be used to connect to the world of the dead. According to to Kojima, they aren't just a weird accessory -- you'll actually form a bond with them, and, as seen in the gameplay footage below, you'll have to take care of them/calm them in certain situations.

Here’s another trailer for a never-before-seen character named Mama played by Margaret Qualley (most recently seen in Quentin Tarantino’s Once Upon a Time in Hollywood). Mama's child was somehow  born on the other side, in the world of the dead, but she's still connected to it through a magic umbilical chord. So yeah, this game is going pretty heavy on the birth theme...

Finally, here’s that new gameplay, which features a Norman Reedus’ character Sam taking a very long on-screen pee, a motion-controlled baby calming minigame, and a cameo by Geoff Keighley. You know, just in case there was any doubt this was a Hideo Kojima joint.

Kojima provided a few more key details about the actual structure of Death Stranding. Your goal is to connect fractured American cities and people together from East to West. Along the way, you'll be opposed by various threats, including terrorists and "BTs" (breached things) and run across "Preppers" living out in the world. While Kojima didn't fully clarify how it would work, as you meet and connect NPCs in the game, you'll also connect with real-world players, and he hinted you could team up to achieve things, like everybody peeing in the same place to grow a giant mushroom. Yes, that's a real example.