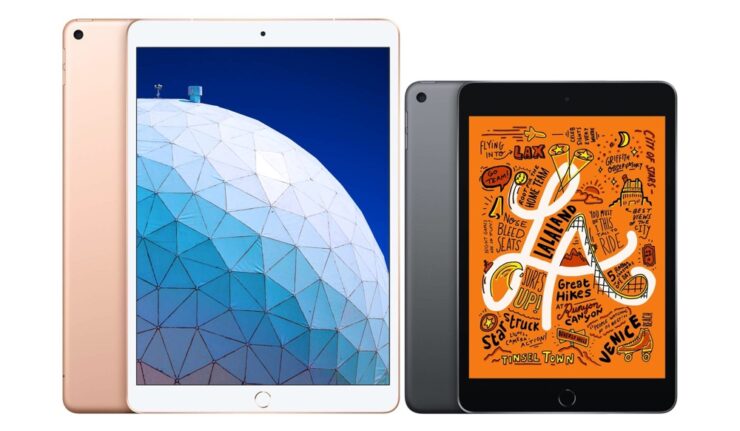 Here's your chance to pick up a brand new iPad Air 3 or iPad mini 5 with a hefty discount attached. Grab the deals and take your computing to the next level.

If you have a plan laid out to work from home then you won't find a better computer to work on than the iPad Air and iPad mini for a lot of reasons. Both pack a mighty punch and now they start at price points which make them more affordable than ever.

The iPad Air on sale has a 10.5-inch display, has built-in radios for Wi-Fi and 4G LTE, 64GB of storage, packs an A12 Bionic chip, Lightning and a whole lot more. All that top-notch hardware is taken advantage of by iPadOS, Apple's latest software update for iPad. For just $529, you are saving $100 straight away, and in return you are bringing in an amazing tablet into your life that can do a multitude of things.

Next up is the iPad mini 5. It's everything that the iPad Air 3 is but in a smaller package. It has a 7.9-inch Retina display with the same resolution as the iPad Air 3, which means you get a higher PPI count so everything looks even more sharper compared to the larger tablet. The model on sale has 64GB of storage and Wi-Fi capabilities, but starting at just $349, it's a pretty solid deal.

We suggest making a quick move if you want these tablets in your life. Usually deals on iPads don't tend to last very long. Either stocks run out or Apple just decides to bring the price up to normal.