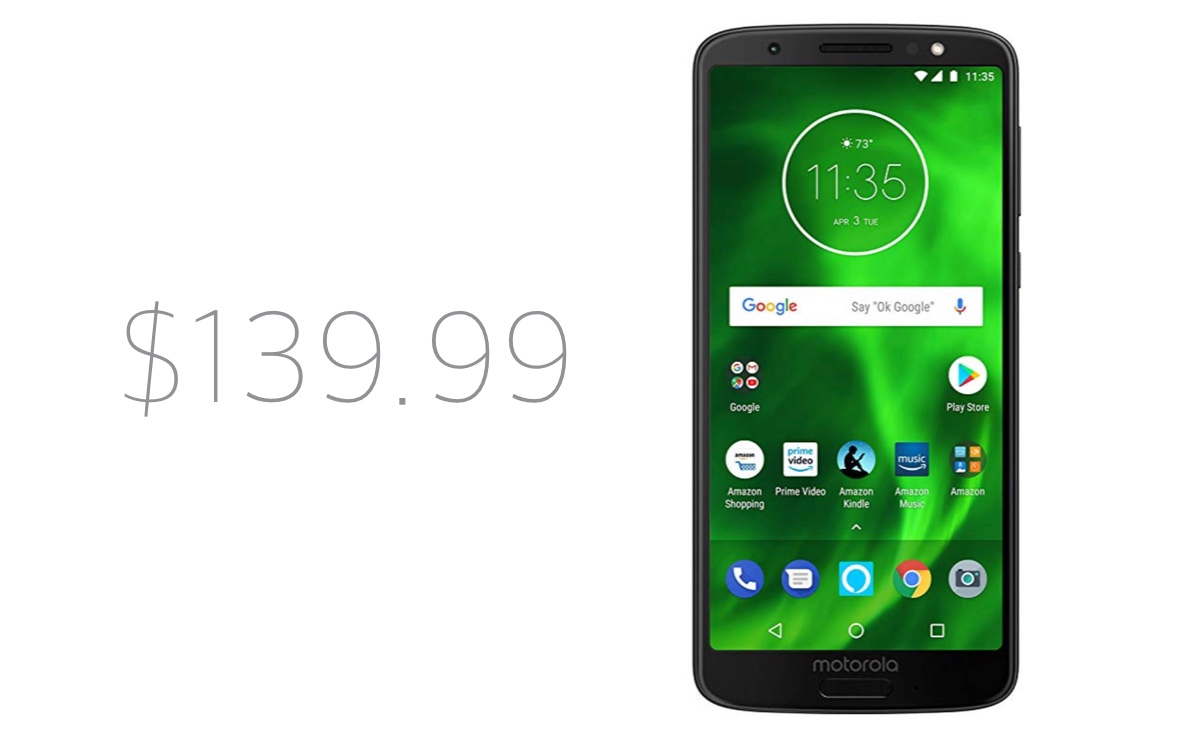 We have a smartphone deal in the Moto G6 that is not only great but represents value for money which no one else can.

Owning a smartphone these days is a no-brainer and the low-end option are usually good enough to get things done but with some certain sacrifices. But for a limited time only, you can jump on a mid-tier-ish phone for an extremely low price of just $139.99. We are talking about the Moto G6 here which is packed with a ton of great features.

Retailing for around $240 on a regular day, the Moto G6 represents excellent value for money. It has a large 5.7-inch 18:9 display, 3GB of RAM, 32GB of internal storage which can be expanded via microSD. It even packs a Qualcomm Snapdragon 450 processor clocked in at a respectable 1.8GHz coupled with dual cameras on the back (12MP + 5MP) for taking studio portrait shots and a wide-angle front facing selfie camera.

Everything is topped off with a big 3,000mAh battery featuring TurboPower charging. What this essentially means is that you can plug your phone in for a few minutes and you’ll get hours worth of usage out of it. In other words: this phone is about more time doing and less time charging.

This phone runs Android 8.0 Oreo out of the box and is fully unlocked to work with any carrier and includes support for 4G LTE for lightning fast data speeds. If you are sold to this deal already then head over to the link below and make things official.

Who says you can’t find a good, cheap smartphone these days, right?

Note: this is a Prime exclusive deal.