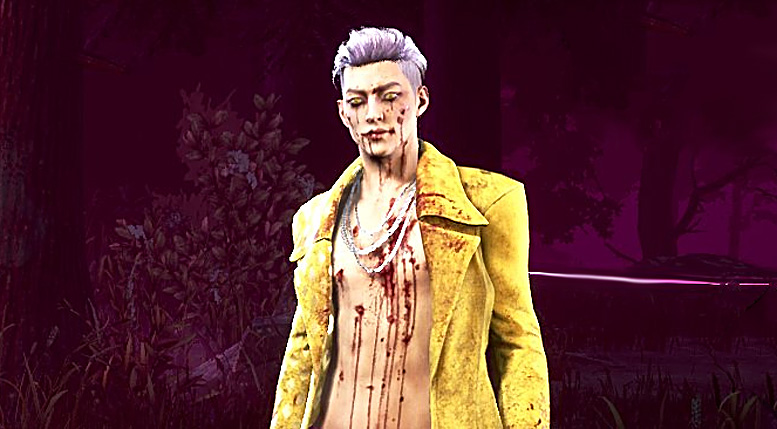 Dead by Daylight developer Behaviour Interactive has revealed the game’s first new killer of 2021, and they’re taking a somewhat different approach with this one. Rather than the gruesome, masked slashers that have dominated the game to date, the new killer, The Trickster, is a rather stylish fellow inspired by the K-pop scene and the Joker. Of course, K-pop fans are an intense bunch, so Behaviour are making sure they get things right by getting input from Kevin Woo of the K-pop band U-Kiss and DJ Swivel, who’s produced songs for K-pop mega group BTS.

A full trailer for the Day by Daylight chapter featuring The Trickster, entitled “All-Kill,” has not been released yet, but a Public Test Build version of the update is available to try now.  Get a quick peek the new killer, below.

The new killer was a singer named Ji-Woon, The K-pop star was recruited into the boy band NO SPIN by Yun-Jin Lee. Ji-Woon, who was already vain to begin with, began to feel jealous of his bandmates. One day he intentionally let his bandmates die in a fire accident.

Becoming addicted to murder (and taking some inspiration from the Joker), Ji-Woon began kidnapping victims and weaving in their screams into his music in secret. When the executives of Mightee One caught on, they restricted his creative control over his music, an insult he repaid by kidnapping the board members in an elaborate murder plot. Just as he was about to kill his producer Yun-Jin, however, The Fog called to Ji-Woon to become its next killer.

And here are his perks…

Of course, we also have a new survivor, Yu-Jin Lee. Here are the details, once again courtesy of IGN.

Yun-Jin was rejected as an idol trainee and instead joined the Mightee One company as an intern and later became the label’s biggest hit-maker, though she was never able to take credit for her hits. Looking to turn her new group NO SPIN into stars, she recruited Ji-Woon as its newest member. When the rest of the band died in the fire accident, Yun-Jin rebranded Ji-Woon as a solo act called The Trickster. Unfortunately for her, Ji-Woon’s violent tendencies would take him from being a K-Pop star into a killer for The Fog.

And here are her perks…

Dead by Daylight is available now on PC, Xbox One, Xbox Series X/S, PS4, PS5, Switch, Stadia, and mobile devices. As mentioned, the All-Kill chapter is available now via the PTB and a full launch should follow within a couple weeks.