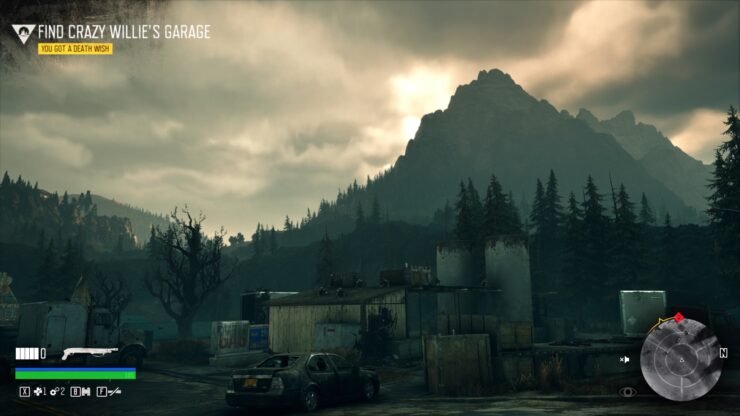 A new Days Gone mod that has been released online today introduces a first-person camera view to the game.

The First Person Camera Mod changes the perspective to first-person while performing a variety of actions outside combat. The mod is obviously not perfect, as there are some issues here and there, but it definitely does enhance immersion.

I've tested different values for the cameras and this is what seems to work best for now. I will continue to perfect the mod and any requests or input that can make it better! These are some of the things I've changed and what I left the same for best immersive as the game was still built for 3rd person.

- Follow camera has been changed to first person.
- Crouch and sprint have been changed to first person.
- Jumping through windows and interiors are first person.
- Hiding in bushes are currently first person, but if you can delete the BendPlayerCamBush in the cameras folder to go back to third.
- Combat has been left in third person due to it being the best looking for now, but if you want it first I can mod the file for you guys.
- Climbing ladders were left in third, but can go in first if needed.
- I've left vehicles in third for now because most people prefer that camera view anyway so you don't run into things.

The Days Gone First Person Camera Mod can be downloaded from Nexus Mods.

Days Gone is now available on PC via Steam and PlayStation 4. Check out Alessio's review of the PlayStation 4 version for more information on the open-world game developed by Bend Studios.