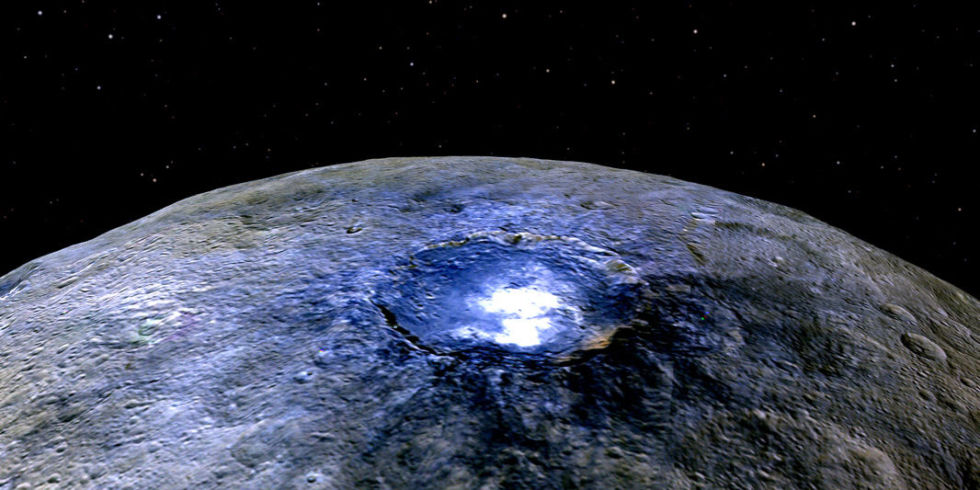 Organic molecules have always been a point of interest for scientists studying space because they are essential components of life here on Earth. Thus, it calls for a celebration when NASA’s Dawn probe manages to spot organic materials on the dwarf planet Ceres. The spacecraft’s visible and infrared mapping spectrometer (VIR) was behind the discovery of this organic material located in and around a northern hemisphere crater called Ernutet.

Ceres is located in the asteroid belt between Mars and Jupiter and is the largest body in the belt. The discovery of organic materials on this body adds up to discoveries of organic materials on other space bodies as well, like meteors and asteroids. Ceres shares the commonalities with a particular meteorite group called carbonaceous chondrites, thus strengthening its relationship with other meteorites and their parent bodies.

The Dawn probe noticed that the organics were covering an area of approximately 400 square miles in and around Ernutet. Other patches of organic materials were also observed several miles east and west of Ernutet. The VIR instrument was able to detect these organic patches owing to its near-infrared light.

What do these organic minerals on Ceres signify?

The cool part about this discovery is that the carbonates and clays observed seem to be native to Ceres itself. This discovery signifies Ceres’ attributes associated with ingredients and life conditions in the distant past.

As precedence would suggest, many minerals like carbonates, water ice, and ammoniated clays are formed with the action of water. Since salts and carbonates were observed in the bright areas of Occator Crater, they too must have been altered by some form of a liquid. And Dawn already proved the asteroid to be water-rich.

These organic minerals certainly make Ceres a life-friendly dwarf planet. NASA is considering the Ceres to be hosting a microbial life as well. In addition to that, this may help us learn more about the origin of life here on Earth.

“This discovery adds to our understanding of the possible origins of water and organics on Earth,” said Julie Castillo-Rogez, the Dawn project scientist based at NASA's Jet Propulsion Laboratory in Pasadena, California.