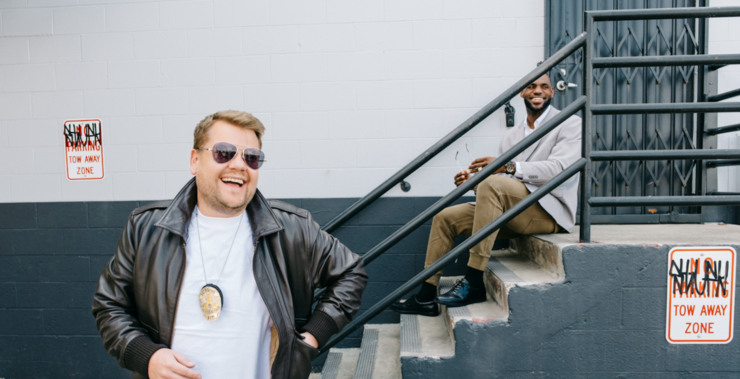 Finally after so many delays, Apple’s original video series Carpool Karaoke will debut on August the 8th. This news was tweeted by Apple’s software and services boss Eddy Cue. The show will be featuring some big names in the music, television, pop culture and sports industry. These names as you all know will be bringing you their favorite songs for a road trip that is filled conversation, comedy, music and great fun.

In April it was reported by Reuters that the show had been delayed after a launch party was cancelled abruptly. The reason for the delay isn’t yet known. An apple spokesperson said at that time that "Carpool Karaoke: The Series will premiere on Apple Music later this year."It seems that the statement was true.

The series will welcome a different group of your favorite superstars every Tuesday. New episodes will be available to Apple subscribers around the globe present in more than 100 countries. Celebrity groupings in the episodes are really interesting and something worth looking forward to. They include, Will Smith and James Corden; Miley, Noah, Billy Ray and the entire Cyrus family; Shakira and Trevor Noah; Game of Thrones stars Sophie Turner and Maisie Williams; Queen Latifah and Jada Pinkett Smith; John Legend, Alicia Keys and Taraji P. Henson; LeBron James and James Corden.

According to a viral video from the Emmy winning, The Late Late Show with James Corden Carpool Karaoke, the series is being produced for Apple by CBS Television Studios and Fulwell 73. Apple had acquired rights to this show in 2016. The creators and executive producers of the show are James Corden, Ben Winston and Eric Pankowski. The Carpool Karaoke will continue to be a recurring segment on The Late Late Show with James Cordon.

Check out the trailer below and fasten your seat belts for an amazing fun filled, musical ride with your favorite celebrities.