DARPA ushers in an Era of Laser Drones for the US

Wow, is it just me or this is one part of the future that i could have lived without. DARPA and the US are ushering in a new Era. An era of laser drones, remember when in the movies they hear a whine and then chaos? Well, that aint just fiction anymore. 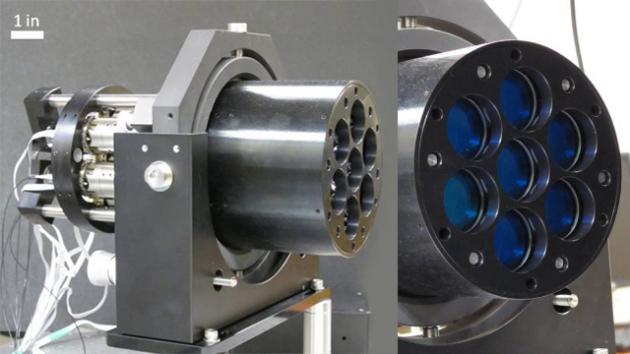 US Manned and Unmanned (Drones) Aircraft to get Laser Mounts, Capable of stopping any Missile/ Aerial Object.

It is called "Project Endurance" and the Defence Advanced Research Projects Agency (DARPA) just awarded $14.6 million (£9.2 million) to Northrop Gurmman and another $11.4 million (£7.2 million) to Lockheeed Martin for the sole purpose of developing laser weapons capable of being fitted into Drones and Jets. For those of you who do not know, highly efficient and lethal laser weapons already exist. These systems cost quite a lot and are capable of stopping dead in its tracks, anything in the air, within 7 seconds flat. Heres one such system in action (Lockheed's ADAM Truck):

Now the problem with this particular defense system is that 1) it is too big and 2) it consumes too much power. The New project Endurance will cut down not only its size but its power consumption as well, giving highly lethal small packets of Solid State Laser weaponry.

[Warning: Author's Ranting is Given] Seeing that this project will most likely succeed the future of the battlefield is changing beyond recognition, and probably not for the better. Absolute power corrupts. That's a simple Axiom. No matter how honest your intentions, absolute power always corrupts. I cant help but wonder what will happen if all the money being spent into widening the already unbridgeable gap in military strength is used to do some good.

Huawei Granted Trading Extension By US Government; Is It The Final One?