[Update] A new frame rate test video has also been shared. You can find it right below

[Original Story] Yesterday, Bandai Namco teased a bonus special announcement related to the Dark Souls series. It was eventually revealed that the Japanese publisher was teasing the release of the original Dark Souls on Xbox One through Backward Compatibility. Since the game's new release, a few players have taken the time to see how the game runs on Xbox One. 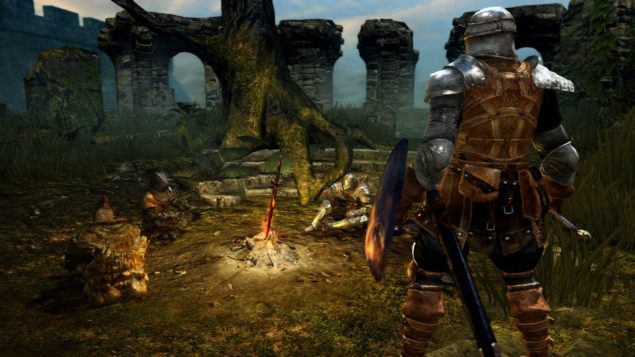 A couple of videos that have surfaced online in the past few hours show how Dark Souls' loading times are shortened by quite a bit when running the game on Xbox One through Backward Compatibility. The frame rate also seems to have been improved, with areas such as Blight Town running much better than they did on Xbox One. You can check out the loading times comparison video right below and the Blight Town gameplay one by going here.

The release of the original Dark Souls should keep fans of the series busy while they wait for the Western release of Dark Souls 3, which will hit consoles and PC in North America and Europe on April 12th. A few hours ago, quality footage from the PC version of the game has surfaced online, allowing all to check out how the game runs at 4K with Max Settings. Plenty of footage from the PlayStation 4 version has also surfaced online yesterday.

Dark Soul is now available on Xbox One through Backward Compatibility. The game is also available for purchase on PlayStation 3 and PC.

Dark Souls 3 is now available in Japan on PlayStation 4 and Xbox One. The game will finally hit consoles and PC in North America and Europe on April 12th.

Dark Souls: Nightfall Is a Fan-Made Direct Sequel of the Original From Software Game