DigitalFoundry has shared some nice footage from the latest stress test build of Dark Souls 3, and is currently working on some technical impressions. You can view the impressive new gameplay below.

After the furious pace of Bloodborne, it's fair to say that returning to Dark Souls 3's defensive style takes some adapting to. As before, your prospects hang on a limited stock of Estus Flasks (which replenish at bonfires) and there are no other consumables in sight. Controls also owe a small debt to From Software's last work. Movement is slightly faster than usual Souls fare, but don't let that fool you; charging into new areas without a shield raised won't get you far.

From Software and Bandai  Namco Entertainment have released some beautiful 4K screenshots of Dark Souls 3, which showcase some gorgeous visuals.

Bandai Namco has recently announced that Dark Souls 3 will be using YEBIS 2, a well-known post-effects middleware by Silicon Studios, enabling bloom, motion blur, depth of field, as well as optical simulation of camera lenses and more. From Software used YEBIS 2  for Bloodborne with some very impressive results, and is said that it will “greatly improve” the post effects from the previous games in the Dark Souls series. 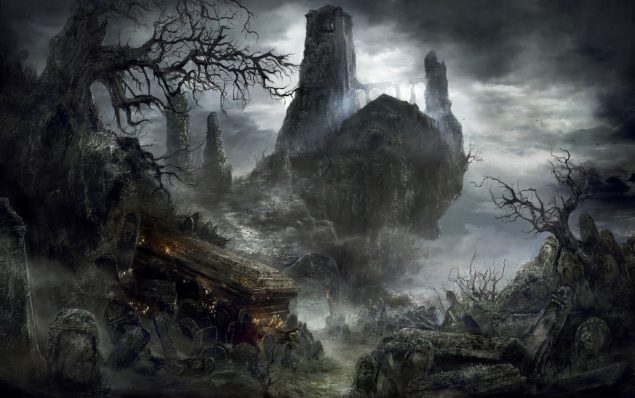 Dark Souls 3 will release on Xbox One, PlayStation 4 and PC in April 2016. We will bring you any new information on Dark Souls 3 as soon as it becomes available.