Cyberpunk 2077 May Have Flying Vehicles; CDPR Krakow To Double or Triple in Size 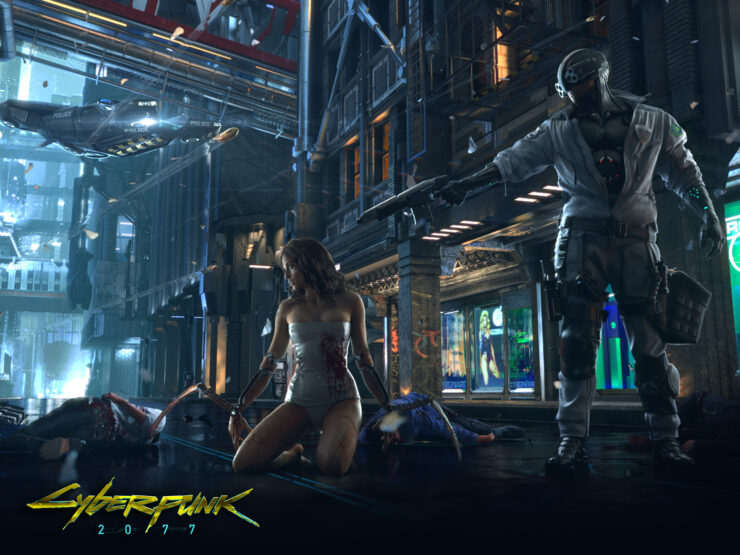 After the enormous success of The Witcher III: Wild Hunt and its expansions (you can vote for the second and last one, Blood and Wine, in our Reader's Awards 2016 poll as best DLC released this year), CD Projekt RED is now fully focused on Cyberpunk 2077.

The Action RPG was originally announced in January 2013, almost four years ago, with a stunning CGI trailer. The Polish developer admitted afterward that Cyberpunk 2077 probably got announced too early. Still, CD Projekt RED is now ramping up development and the latest job openings hint that there will be vehicles, possibly even flying ones, in the game.

CD PROJEKT RED is looking for a talented Gameplay Programmer to join our outstanding team in Warsaw. The person in this position will cooperate with Gameplay & Level Designers teams to create the whole architecture of vehicle related code, and the physics of driving/flying in those vehicles. It will involve C++ coding as well scripting skills.

Another job opening, that of Gameplay Designer, is available in CDPR's Krakow studio. This one is interesting because it mentions that this studio founded in 2013 is about to significantly increase its size.

CD PROJEKT RED was born out of raw passion for video games. Founded in 2013, the Krakow studio functions as a creatively independent studio working closely with the Warsaw team on it’s core properties including The Witcher 3: Wild Hunt and Cyberpunk 2077. At the moment, we are expanding our studio and we want to double or even triple our size in very short time.

As a Gameplay Designer in our studio you would have chance to develop your skills in one of the most-expected AAA game. We are focusing on high quality and do our best to offer players amazing gameplay experience. Within a team, we are open for new initiatives as well as often feedback which helps us growing. What’s more currently we are developing our gameplay team in Cracow (from 2 people to even 6) so you will have chance to be a part of this change.

The makers of The Witcher also recently received a $7 million grant to research aspects like Seamless Multiplayer, Animation Excellence, Cinematic Feel and City Creation. With Blade Runner 2049 due to release in theaters in Fall 2017 and Cyberpunk 2077 possibly being launched in the next couple years, it's a great time to be fans of the cyberpunk genre.