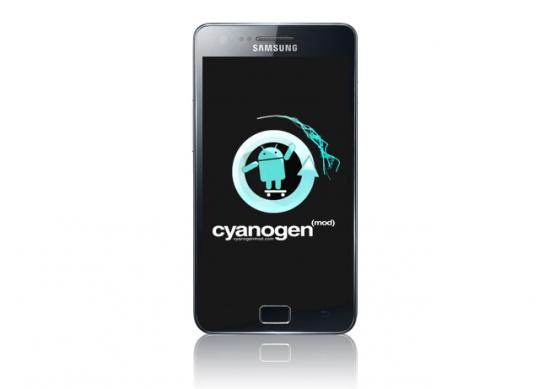 What makes Samsung Galaxy S2 one of the best Android phones in the market today? SAMOLED+ display? Dual core CPU? Yes the hardware is certainly top notch. What makes it THE best phone in the market? An unlocked bootloader. Unlike HTC and Motorola who cannot decide if they want to keep their bootloaders locked or unlocked, the S2 shipped with an unlocked one right out the box which basically makes it the go-to phone for those looking for the absolute best in hardware, whilst being able to root and hack their brand new super phone. And if you're familiar with rooting, then you're familiar with CyanogenMod.

CyanogenMod is, by a long shot, the most popular ROM for Android phones. Available on pretty much all major phones, and downloaded nearly half a million times now, it's now about to make its way to Samsung's latest and greatest. Atin M, a developer for Cyanogen wrote in his Google+ :

Ok, Samsung Galaxy S2 should be getting CyanogenMod7 nightlies soon (as soon as builtbot is ready to do builds, they're all broken at the moment).

Judging by the pace at which these guys port their ROMS on different phones, it shouldn't be a long wait. Galaxy S2 is a fantastic phone and having an unlocked bootloader was a fantastic decision by Samsung. Just in case you guys didn't know, Samsung actually sent free Galaxy S2 phones to CM developers just so that they can develop their ROM for this phone. HTC and Motorola are you listening?