You may have heard of War of the Rights before. It's an historical multiplayer FPS set during the American Civil War and specifically in the Maryland Campaign of September 1862; Danish developer Campfire Games has been working on it for over three years and is now seeking funding on Kickstarter. 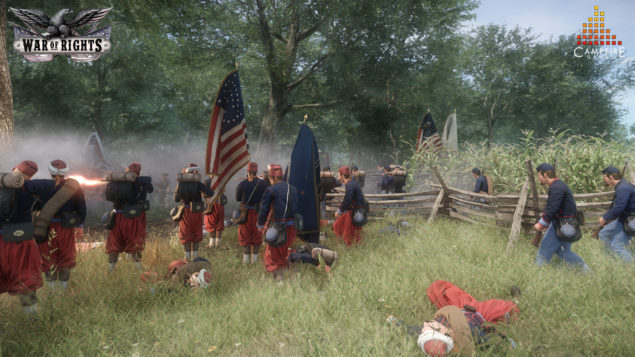 With War of Rights having now been in development for over three years, we felt it was the right time to finally get the game to Kickstarter to secure the required funds. War of Rights is something very special to us, we're incredibly passionate for historical accuracy and so with a successful crowdfunding campaign, we'll be able to dedicate the time and attention the game needs to be and with the power of CRYENGINE, it’ll allow us to deliver something that’s truly authentic.

Multiple battlefields from the campaign will be recreated in War of the Rights, such as the Siege of Harper's Ferry and the Battle of Antietam; each map also features an accurate reconstruction of buildings and environments. Players may choose from a list of regiments that fought in each battle, and also whether they want to play as a lowly private or as Major General.

War of the Rights is in development for PC, and you can also help it on Steam Greenlight by voting for it. Check out the full Kickstarter pitch in the video below.