CrowdStrike Stock Soars As Earnings Come In Above Expectations 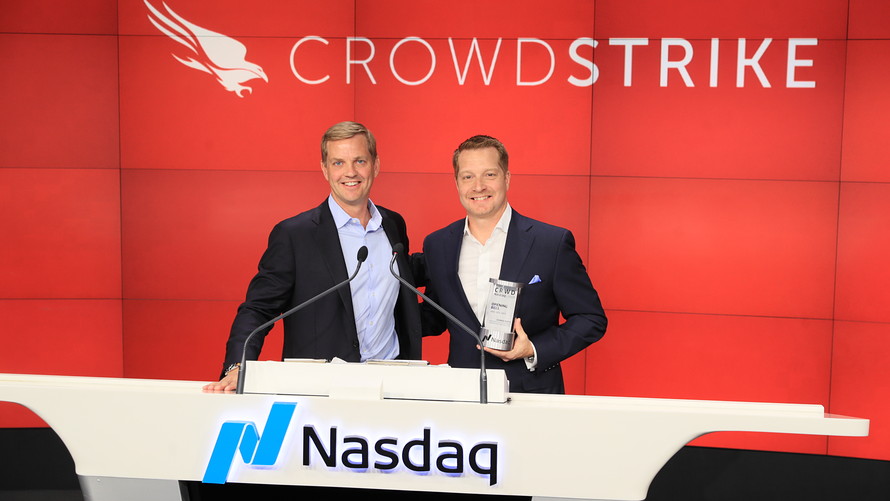 CrowdStrike, a cloud-based security services company, just wrapped up its best day yet on the stock market since its IPO early last month.

We covered CrowdStrike's (NASDAQ:CRWD) IPO just a month-and-a-half ago, an IPO that saw prices skyrocket by as much as 100 percent in a single day. Head over to that article for a briefer on who CrowdStrike is and what they do.

CEO George Kurtz was pleased to deliver the company's first-ever quarterly earnings results last evening and the numbers are slightly above expectations but have proved the company is trending very much in the right direction.

Revenue doubled from the same period a year ago to $96 million, and its loss of $26 million was slightly better than the $27-28 million it was expected to lose. Subscription revenue grew by 116 percent to contribute $86 million.

“We are pleased with the strong start to the year,” CrowdStrike founder George Kurtz said on the earnings statement. “As the pioneer of cloud-native endpoint security, CrowdStrike provides the only endpoint protection platform built from the ground up to stop breaches, while reducing security sprawl with its single-agent architecture. Our continued innovation strengthens our category leadership in the Security Cloud and positions us as the fundamental endpoint platform for the future."

CrowdStrike is proving that it went public at the right time - just when it is proving that it is on the cusp of profitability. Wall Street investors get a lot of flack when it comes to perceived valuations and buying up stock in companies that may never make a profit, but just take a look at what CrowdStrike stock is doing. It's up to a times-and-a-half from its IPO price of $34. The closing price today was $83.52. Contrast that with Uber, which is struggling to reach its initial IPO asking price - which itself has heavily revised downward just weeks ahead of the IPO. A big reason for that is the fact that Uber is bleeding billions of dollars every year and its got no clear strategy to become profitable, and in the end, that's what matters.