Criterion Games is “convinced” that AAA game development has been incredible damaging to the games’ quality, for innovation, and for the people developing those titles. According the Burnout dev, AAA console developers are “missing opportunities”.

During the Game Developers Conference in March this year, Criterion Games will be organizing several design and production sessions. In one of those sessions, Criterion’s Chief Technical Director, Alex Mole, will be pointing out why you don’t need a large-scale development team to create great games.

Criterion Games is convinced that the way the industry has built AAA games is incredibly damaging to people, quality, and innovation. After a change of leadership in early 2014, Criterion started to build a process aimed at maximising efficiency through a highly-motivated team with enough big-picture context to make great decisions all the time. As well as taking inspiration from other AAA studios and Indie developers, the company is making use of science to motivate people through Autonomy, Mastery + Purpose.
Criterion has been using this approach to develop a brand new game, as well as assisting two other titles within EA. On all three projects,we've found that we are the happiest and most productive that we've ever been! This talk will cover the reasoning behind the processes Criterion has built, and go into some detail of the findings of what worked well and what didn't. 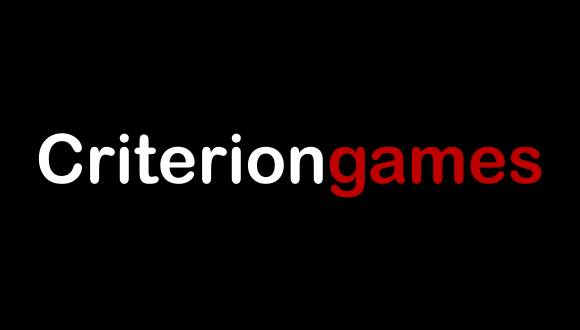 Additionally, producer James Svensson, will organize a retrospective of Need for Speed: Hot Pursuit’s Autolog, and how the game is still the number 1 title for asynchronous competition in AAA console games.

A retrospective of Need for Speed: Hot Pursuit's Autolog - How it worked & why, after 5 years, it's still #1 for asynchronous competition in AAA console games.
In 2010, Criterion Games' NFS: Hot Pursuit introduced Autolog with its 'Comparison Engine', switching the focus of competition from Global Leaderboards to personalized Recommendations, building player stories around one-upmanship between friends. Hear the story of its development and learn how it created ongoing competition and paved the way for asynchronous, 'connected' play.

Today, 5 years later, despite developments across mobile & online games, AAA console developers are missing opportunities to deliver social, asynchronous play mechanics for our players. This talk is a call to action to kick start innovation.

Do you agree that great AAA games can be created with smaller teams in order to increase the game’s quality? Do you think game quality has suffered due to the way that the industry has created AAA titles? Hit the comments.