It seems that several users seem to be reporting issues with their AMD GPU's after updating to the latest Crimson driver that was released just this past week. While Crimson has shown a generous increase in performance, it also seems to be causing some GPU's to have their fans stuck at 20%, or less, regardless of temperature.

We are aware of low fan speed reports on select GPUs with Radeon Software Crimson Edition. We intend to publish a hotfix on Monday.

A fix is coming very soon for the fan speed issue in the Crimson drivers.

The issue seems to only afflict certain GPU's, though it's been reported to effect the HD 7000 series on up to at least the 3XX series. In my own testing a stock 290X had issues performing up to what could be considered acceptable performance, this might be one of the explanations, though fan speed wasn't monitored.

AMD told us in a statement that they'll have a hot fix available sometime today that should address the issue at hand. In the meantime, just hold tight and don't do any benchmarking. It's important to note that there are controls in place for GPU's to protect them against thermal damage that are at the firmware level, so permanent damage directly affecting the GPU itself should not occur as a direct result. The GPU should throttle heavily and then turn itself off if it reaches near it's critical temperature. However that increased heat could have a detrimental effect on periphery components on the PCB that might result in nasty things happening. 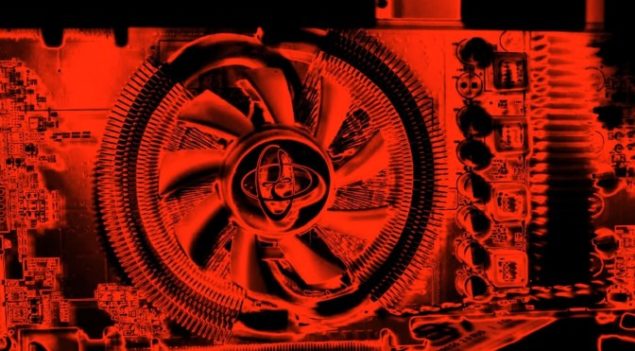 To test those controls, I'm going to carefully put a 290X through a torture test to see precisely what conditions need to occur before any thermal controls come into play. This'll also test precisely what will happen and what controls there are in place. Hopefully I'll be able to report back without anything burning down.