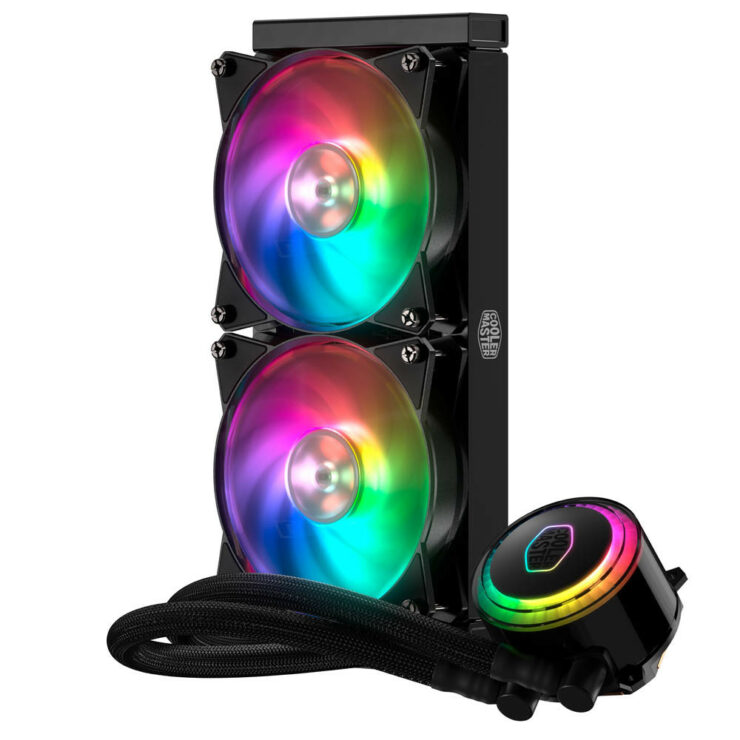 Cooler Master, one of the most well known brands cooling including CPU coolers, computer components and peripherals, has today introduced its first addressable RGB all-in-one (AIO) liquid CPU coolers. The MasterLiquid ML240R RGB and MasterLiquid ML120R RGB are certified compatible with ASUS, MSI and ASRock motherboards for their respective RGB functionality with Gigabyte conspicuously absent and feature addressable RGB LEDs on both the fans and water block.

Cooler Master's MasterLiquid ML240R RGB and ML120R RGB come equipped with a new addressable RGB LED controller for use and compatibility with non-addressable RGB components and easy lighting and mode control. A 3-in-1 addressable RGB splitter is also included in the packaging.

No Asrock boards are named unfortunately and Gigabyte as mentioned previously is suspiciously absent.

The MasterLiquid ML240R RGB and MasterLiquid ML120R RGB are available for purchase today for a starting MSRP of $119.99 USD (240mm) and $99.99 USD (120mm). While the non addressable variants are still cheaper at $69.99 for the Master Liquid Lite 240 and $59.99 for the Master Liquid Lite 120 these do feature a newer pump design and fully addressable RGB Lights for the fans and Pump