Cooler Master has announced a new addition to its CPU cooler's lineup, The V6GT. The cooler will offer some of the latest features from Cooler Master and will provide top of the line cooling performance to the CPU. The cooler uses Double-V heat pipe design, twin 120mm DynaLoop PWM fans, a built in LED strip in the Top middle of the fan and is compatible with all the latest CPU sockets. 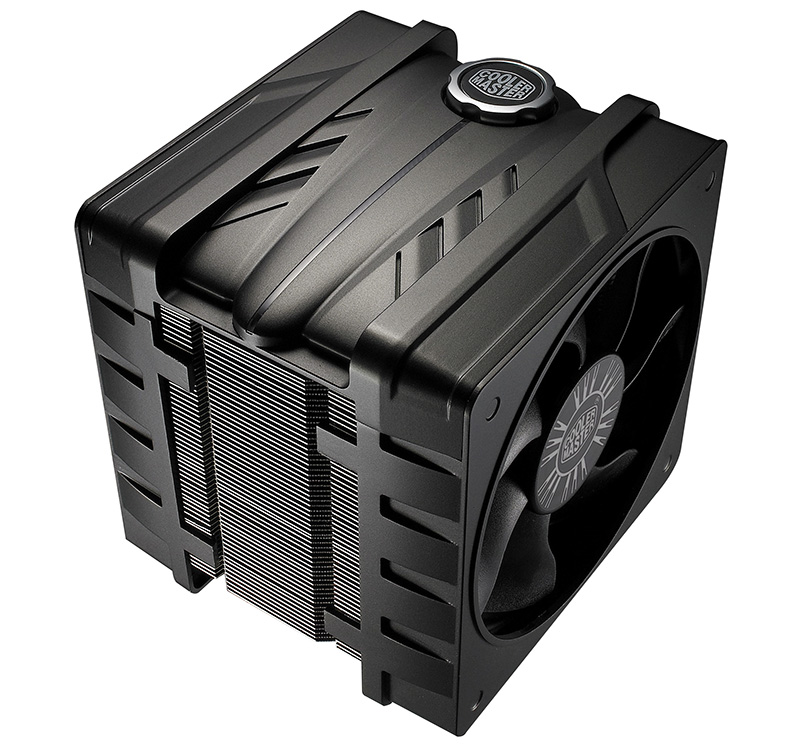 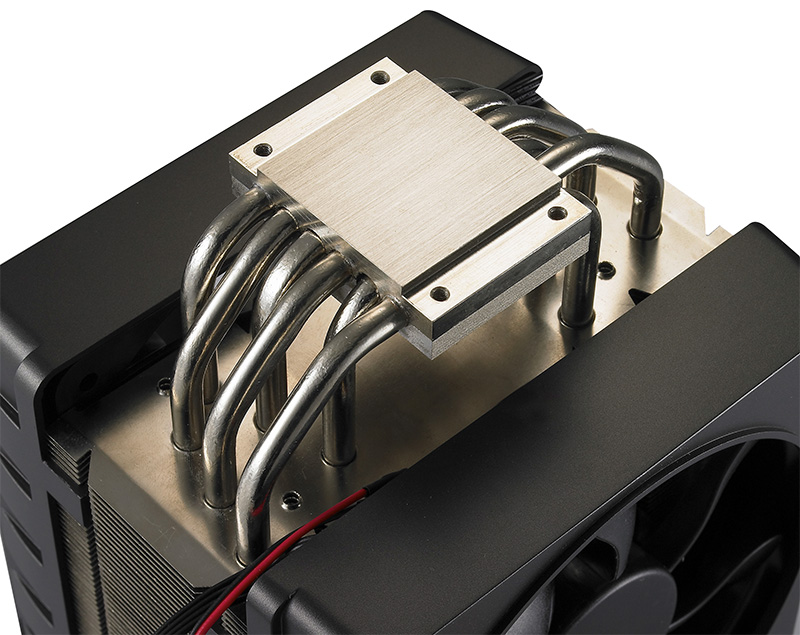 To make it one of the best CPU cooler in the markets, Cooler Master put this new CPU cooler through a round of Torture test by testing them with a pair Xeon X5670 processors on EVGA's Classified SR-2 motherboard and a i5 655K processor. The xeon processors were overclocked to 4Ghz and they cooler managed to keep the temps under 70C while the i5 655K processor was overclocked to 5.569Ghz and it kept the max temps under 66C even after hours of Extreme Benchmarking test which shows that these coolers can even keep the Hottest CPU's cool at Xtreme Overclocks.

All of this is due to the 55 densely packed fins with a five degree tilt the V6GT has lower airflow resistance than the average CPU cooler. Which means that more Hot air can be pushed from the twin 120mm fans which results in more heat dissipation for better cooling. The fans used on the V6GT uses new type of bearings known as DynaLoop which will extend the life of the bearings to 40,000hrs. The fan also come with a PWM which can be used to increase or decrease the fan speed when you want. The fan also use a Tool free Snap on fan cover for installation. They operate at around 800-2200 RPM and provide an airflow of 34-94 CFM while noise is maintained at 15-38dbA. 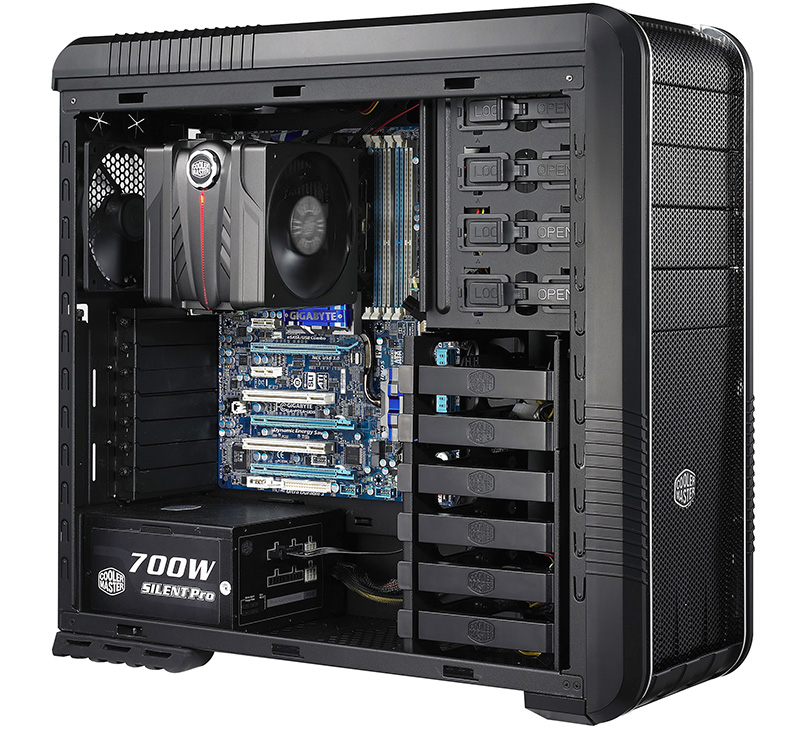 A great thing about the cooler are its looks which the V series cooler's are well recognized for, The cooler comes with a LED strip on its top. That's not it, you can change the LED color from blue, red or purple by simply moving the Dial on top of the cooler. Here are the details of the cooler: 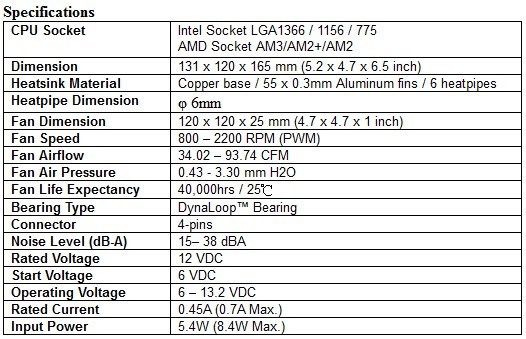