Our beloved red squirrel Conker hasn't been seen around these parts, or anywhere, for some time now. The last appearance he made was in 2005 in Conker: Live & Reloaded. And that wasn't exactly the sequel we were looking fur either. But Conker may live on in a Conker's Bad Fur Day sequel that will be coming to Microsoft's Project Spark as a DLC. 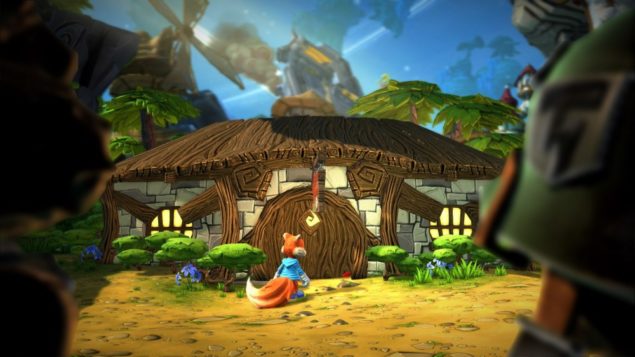 Our favorite red squirrel returns April 23rd in Conker's Big Reuinon, an episodic DLC content pack made exclusively for Project Spark on PC and Xbox One.

Before I go any further, I'd like to clarify that Rare has been contacted by the developers, Team Dakota, and are generally on board for this project. They developers of the project want to make Conker right, so getting into contact with Rare was a logical step. And boy are they actually excited!

Now on to the meaty parts. Conker's Big Reunion is supposed to be set 10 years after the last events in Conker's Bad Fur Day. The premise surrounds good ol' Conker going around and reconnecting with all of his old pals from years past. The story won't be quite that simple, however, and there will be plenty of action in-between, for sure. Also expect an episodic arrangement with at least more than one installment. No specific details have been released, however.

To add to the great franchise, Team Dakota has actually found the original voice actor for our squirrely hero, Chris Seavor, and he's agreed to provide his talents once again.

Hopefully Team Dakota can pay homage to the great Conker of the past that was a bit more brash than other games of the time. But that's precisely why it received a cult following, because of the underlying adult humor and the more mature content. Conker wasn't your average Mario, Banjo-Kazooie or any other platforming here, he was indeed his own take on the genre. A take that was likely refreshing for the older gamers of that generation. Seeing as how they're actively in contact with Rare to get all those elements right, we can have high hopes that it will indeed be true to the franchise.

April 23rd 2015 is the release date on the Project Spark market with no word as to the pricing of the package.