Comparison: Google Assistant Vs Apple Siri – Which One is Better? [Video] 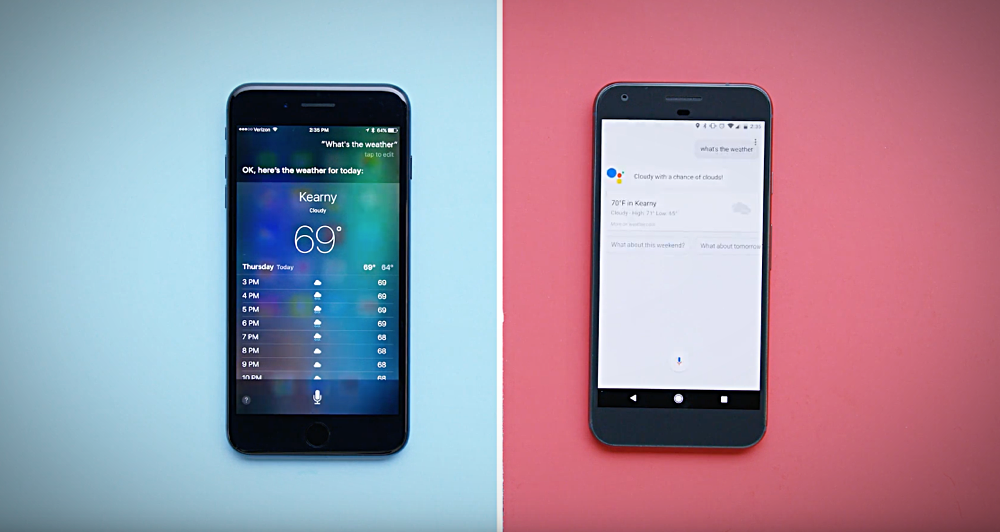 Here's a head-to-head comparison video of Google Assistant and Apple Siri. The video compares the capabilities of the virtual assistants.

Google Assistant Vs Apple Siri - Find Out Which One is Better

Google unveiled Assistant with Android 7.1 Nougat, and the feature is currently exclusive to Pixel and Pixel XL smartphone users. Google Assistant is a heavy evolution of Google Now and works more in the fashion how Siri does. But is the newfound virtual assistant from Google actually better than what Apple has been offering with Siri for years? Well, a comparison video has popped up on YouTube by MKBHD that aims to show just that.

From an Android fan point of view, it's clear Assistant blew Siri out of the water, and it actually did in certain areas, especially when it comes to asking follow-up questions while maintaining context. But if you take a look at things from an iOS fan, then you'll come to realize how much similar Assistant is to Siri. In fact, Siri takes the crown in certain areas. One of them is home automation where currently Google has no match for Siri at all. I am aware someone will readily point it out in the comments section that the 'feature will make it to Assistant in a while,' of course, but we're talking about the present state of the assistants. Furthermore, invoking Assistant is also same as Siri - press and hold on the 'Home' button and there she is; wonder where that idea came from. Last but not the least, the video doesn't touch upon how Siri can be used to send a message or initiate a call using third-party apps such as WhatsApp, Skype.

But one thing that really makes me like Assistant is the fact that she's very conversational. Unlike Siri, where queries and statements from her seem like an end of the conversation and doesn't want me to carry things forward. That's OK though, but would've been great if Apple threw in that little touch of 'personality.'

Personally, both assistants are great in what they do and improvements will arrive as Google and Apple gather more usage data from users. There's a long road ahead of us that needs to be covered until both virtual assistant become so useful that everyone will resort to them first rather than unlocking their phone to carry out tasks.

It's 2016, and people don't want to talk to their phones to set a reminder at a coffee shop.

Enable Type to Siri on the Mac [Tutorial]