Colorful's new cards are not offered on the company's website at this time, nor were they originally released in a 6GB version. It is speculated that Colorful is using the cooling solutions for the RTX 3060 for the Turing-based cards.

The company's iGame Ultra White version of the RTX 2060 12GB is a high-end construction with the application of factory-overclocking through the use of an in-house overclocking button, located directly on the I/O section of the card. Website VideoCardz brings attention to readers that the iGame Ultra White and BattleAx Deluxe RTX 2060 12GB offer fewer display connections than what typical reference designs would have on the GPU, and also point out that there was never an official Founders Edition released for this series. 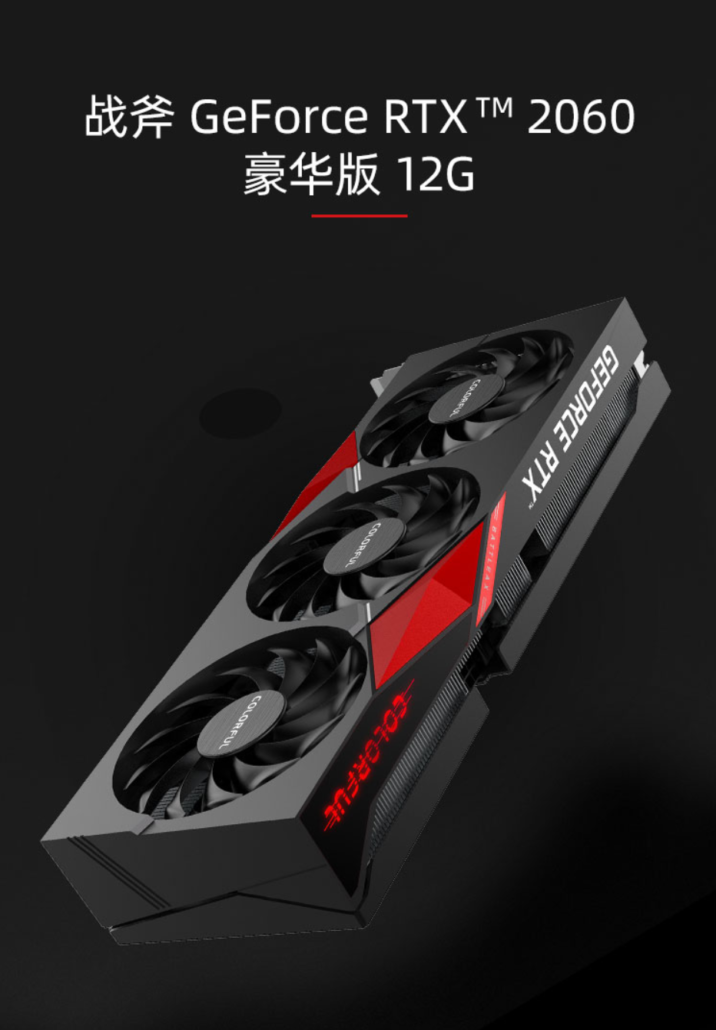 Colorful's newest iGame Ultra White and BattleAx Deluxe GPUs have a shorter PCB and triple-fan cooling ability. Each is decked with single 8-pin power connections and is inspired by the TU106 GPU that offers 2176 CUDA cores. They utilize 12GB of GDDR6 memory with a bandwidth of 14 Gbps and are limited by the 192-bit bus on the cards.

Colorful's newest graphic cards are also sold out on JD.com at the time of this writing.