LG's set to launch another smartphone in Q1 2011, which at the moment is being referred to as the 'Star". 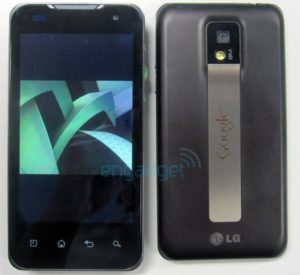 The phone has a dual-core processor and is powered by Nvidia's Tegra 2 at its heart. Other features include an 8 megapixel rear camera that can record in 1080p as well as a front facing camera although specs for that haven't been revealed. The phone is powered by Android although its not clear which version. It also has a MicroSD slot, 1500mAh battery and micro USB port for transferring data.

The only downside to the phone is that its not exactly a looker. Other than that its got everything covered pretty well. The hardware plus Android should make this a very good addition to the smartphone market.