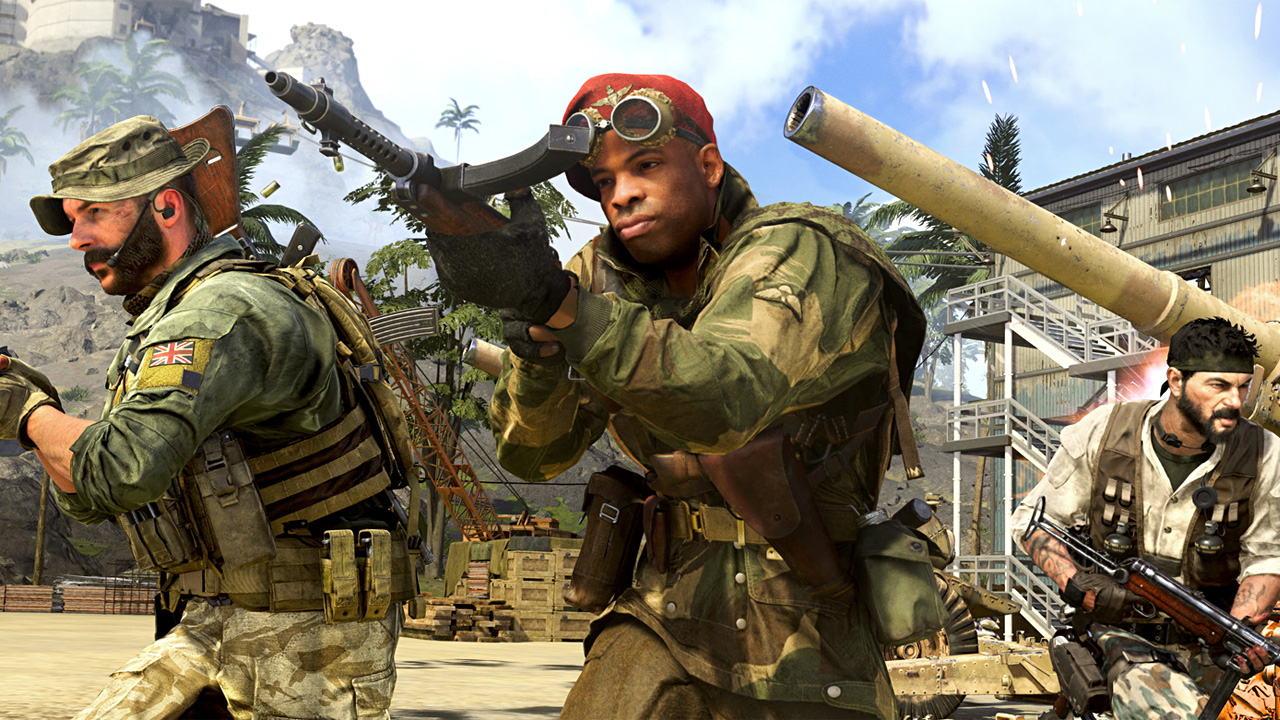 Call of Duty: Vanguard launches in just about a week, and the game will usher in the biggest revamp of Call of Duty: Warzone to date. No minor map tweaks this time – players can look forward to a full new Pacific-set map, Caldera. Until now, we weren’t entirely sure when the Warzone Pacific update will arrive, but now Activision has locked down a December launch date. Oh, and those who buy CoD: Vanguard can jump in a bit early! You can get some additional detail on the CoD: Warzone Pacific update, below. 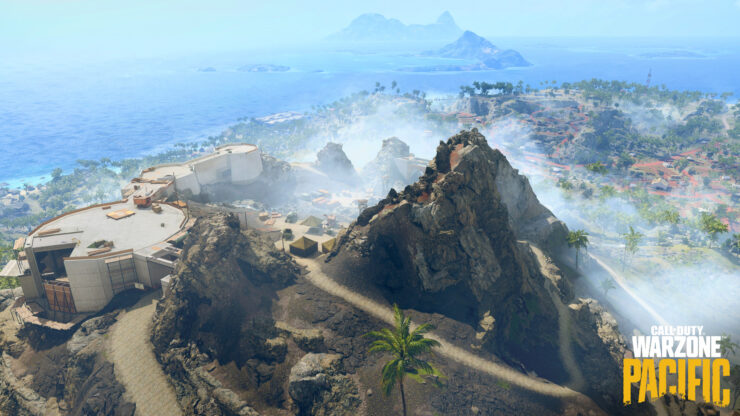 Lush forests and rocky crags. White sand beaches and mysterious ruins. And a dormant volcano that towers over the 200-plus points of interest. Built on the same tech and engine as Call of Duty: Vanguard, Caldera is visually appealing as it is ready to support this new game’s armaments, and will support fully optimized cross-play, cross-progression, and cross-gen support.

It, as well as Warzone as a whole, will also support RICOCHET Anti-Cheat. Our upcoming initiative, supported by a team of dedicated professionals focused on fighting unfair play, will already have several backend anti-cheat security features by Vanguard’s launch on November 5. 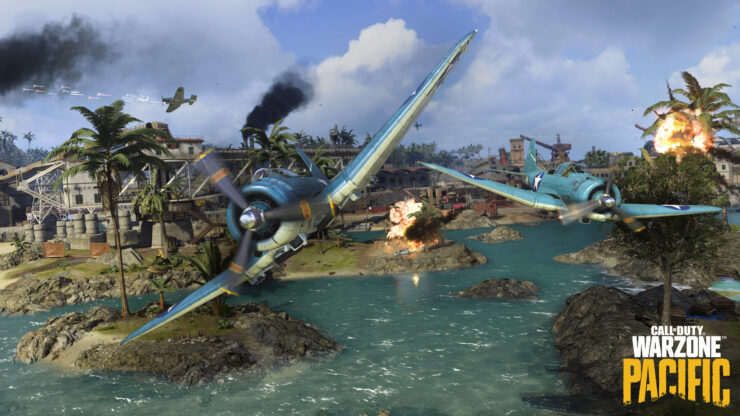 In addition to the overall World War II era theme, Warzone Pacific will also have some special modes and content specifically inspired by Vanguard.

Available to all players in Season One, Vanguard Royale mode – and later, Vanguard Plunder mode – showcase all new content from the Season One update onwards, including weaponry and vehicles like biplanes and AA trucks.

Expect a new machinegun fighter aircraft to add another element of strategy and firepower to your squad’s winning Warzone Pacific tactics. These are also just part of a brand-new set of vehicles for these Vanguard-focused modes; another is an anti-air (AA) truck that provides a solid solution to grounding planes other than launchers, LMGs, stationary AA turrets or taking to the skies yourself.

Available to all players, take to the skies or maneuver AA guns to breakup epic aerial battles in Vanguard Royale, featuring a streamlined loadout and weapon pool. The Pacific is home to dogfighting, aerial battles in the azure skies above the majestic isle. Think of a Precision Airstrike where you are in the cockpit, ready to rain down fire on a squad or defend yours from an enemy pilot. That, in its most basic terms, is what you can imagine aerial combat is like in the Pacific.

Activision also promises that all the weapons and other things you’ve already unlocked in Warzone will carry over to the Pacific map. Finally, we also have a few details about to expect from Call of Duty: Vanguard Season 1, which will launch alongside Warzone Pacific.

Vanguard players can expect three new Multiplayer Maps, three unique Operators, new Zombies content & features like additional Covenants, a new Objective, fresh Challenges, new weapons, and more. Plus, this season marks the first Battle Pass system across Vanguard and Warzone, where up to 100 Tiers of items – including a selection of free Weapon Blueprints, cosmetic content, and two functional weapons – are yours to unlock. 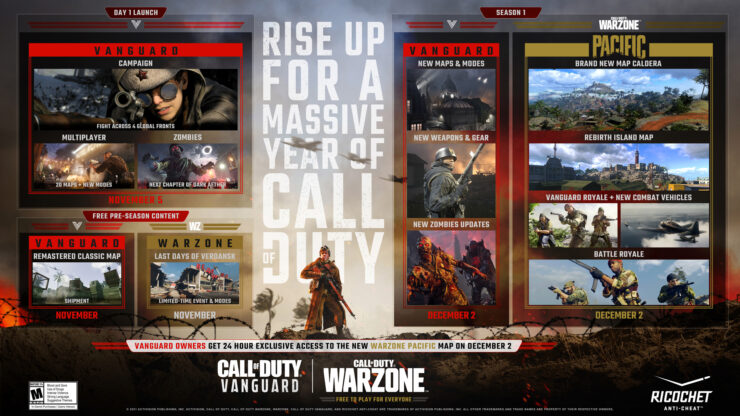 Call of Duty: Vanguard storms onto PC, Xbox One, Xbox Series X/S, PS4, and PS5 on November 5. Call of Duty: Warzone Pacific launches on December 3, although those who own Vanguard can play early on December 2 (the same day Vanguard Season 1 launches).