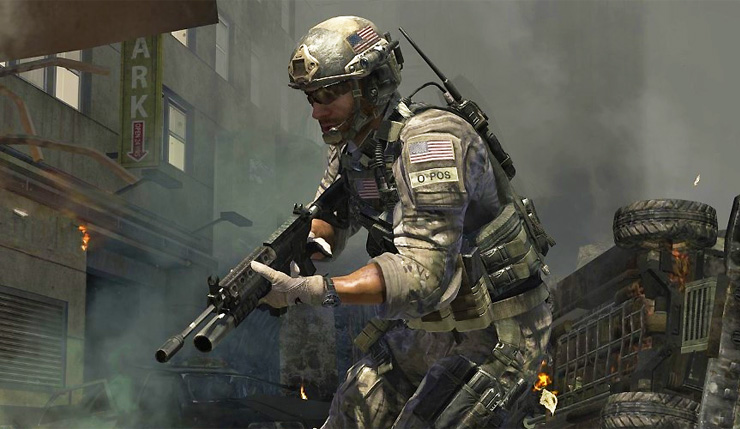 This year’s Call of Duty game currently in the works at Infinity Ward may be bucking some recent CoD trends. In particular, it seems the game (strongly rumored to be Call of Duty: Modern Warfare 4) will reject a lot of what Treyarch has added to the series, including Specialists, Zombies, and battle royale.

This information comes courtesy of Gaming Intel, who have been a very reliable source of Call of Duty info in the past. According to them, Specialists, or Divisions as they were known in Call of Duty: WWII, are being axed, with Modern Warfare 4 instead going back to a more basic loadout system. Also, despite Call of Duty: Black Ops 4’s Blackout battle royale mode being fairly well received, Modern Warfare 4 won’t be following suit with its own take on battle royale.

Zombies also won’t be shambling their way into Modern Warfare 4. Granted, Infinity Ward has never been that into Zombies, leaving them out of earlier Modern Warfare games and Ghosts, but they did include them in Infinite Warfare. Again according to Gaming Intel, Modern Warfare 4 will still have some sort of co-op mode, but it will likely be an expanded version of Modern Warfare 3’s Survival Mode, which pit players against waves of regular human players rather than the undead.

Of course, as usual, take all this with a grain of salt, but this info seems pretty plausible. Overall, it sounds like Infinity Ward is aiming to make Call of Duty: Modern Warfare 4 more of a “back to basics” experience following Treyarch and Sledgehammer’s recent experiments with the franchise. This includes the rumored return of the traditional single-player CoD campaign.

What are your thoughts on these rumors? Excited for more of a traditional CoD game, or would you prefer the series continued to try new things?