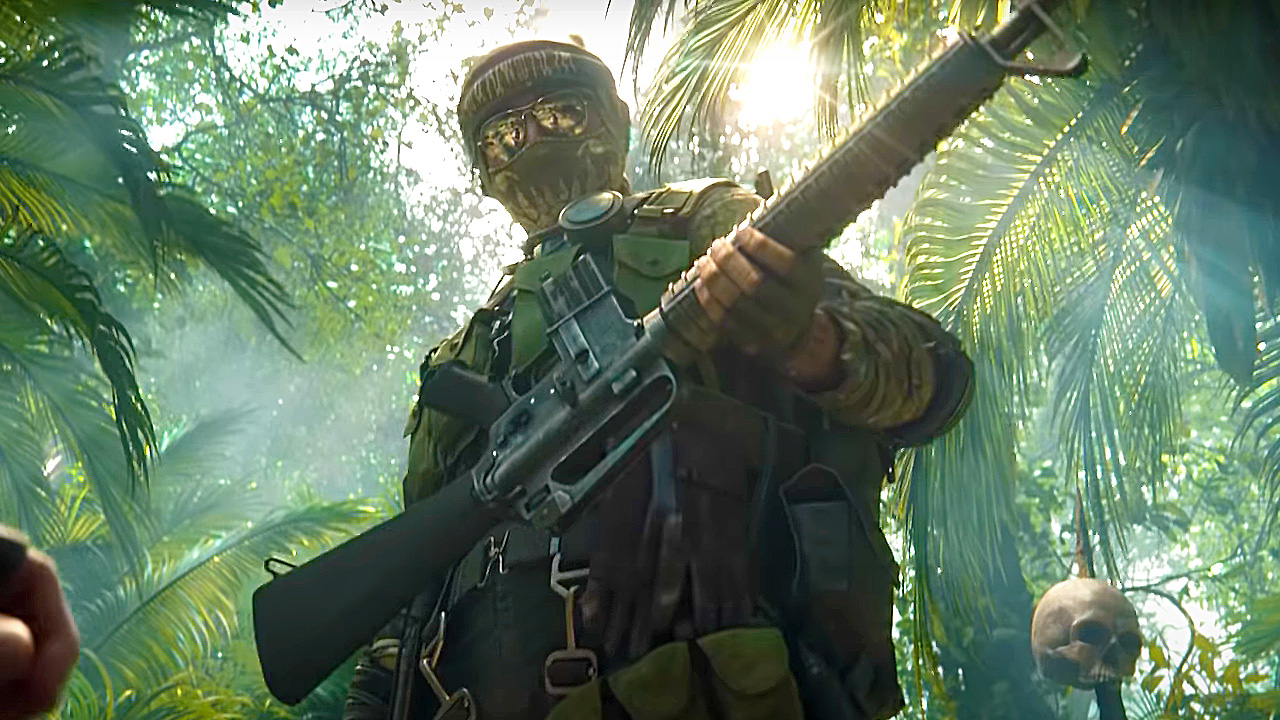 Activision and Treyarch have announced that Call of Duty: Black Ops Cold War/Warzone Season 2 will drop next week and released a new cinematic trailer showing off the free update’s jungle setting and some of its operators and weapons. You can check out the trailer for yourself, below.

For those who haven’t been keeping up, Russell Adler was kidnapped by Stitch at the end of Season 1, and now it seems Frank Woods and his crew are plunging into the jungles of Laos to get him back. Here’s an official synopsis, courtesy of Activision…

It's a jungle out there. Let's get a little wild. After the attack on The Pines, Adler has been taken hostage. Intel leads to Southeast Asia, where Naga, a Perseus operative, has been distributing deadly Nova 6 gas through a vast cartel network. In Season 2, head to a stronghold in the jungles of Laos to strike back, rescue Adler from captivity, and even the fight.

As mentioned, the trailer hints at a number of other things we can expect from CoD: Black Ops Cold War/Warzone Season 2, including at least three new characters, who may end up being full operators. We’re introduced to Naga (the guy in the sunglasses who executes somebody at the beginning), Wolf (Frank’s burly friend with the minigun), and Revas (the woman with the braids carrying the crossbow). We also see a variety of new weapons, including that crossbow, some sort new SMG in Naga’s hands, the Galil assault rifle, and that badass minigun Wolf is wielding, which will probably be a Scorestreak. I’m sure there are all sorts of other Easter eggs packed into the trailer as well, but I’ll leave those to the CoD hardcores.