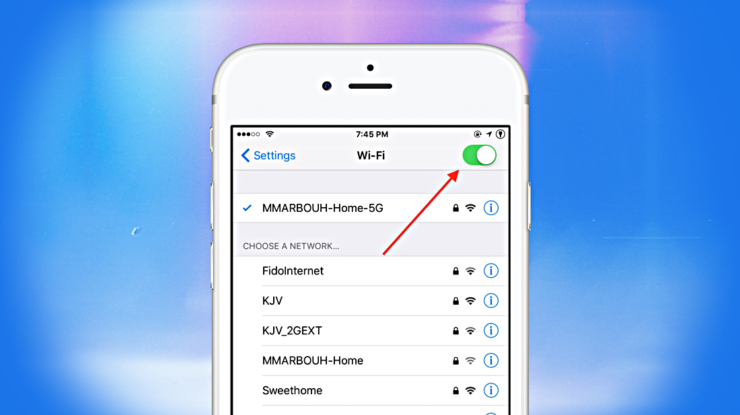 Ever wanted to move that WiFi toggle switch to the navigation bar at the top in the Settings app? Today's your lucky day then.

The great thing about iOS is that it screams simplicity around every corner. Instead of cluttering things up in the oddest of places, every bit of the OS is laid out nicely, ensuring users get to places without getting lost along the way. However, there are certain decisions Apple has taken which might raise an eyebrow or two. But the particular one we are going to highlight today might not seem off for some people, and is a problem that's not really a problem at all.

See, when I stumbled upon the 'WiFi Top Toggle' jailbreak tweak, it occurred to me that putting the main WiFi toggle switch at the navigation bar actually makes a certain amount of sense. I am talking about the WiFi toggle switch that lives under Settings > WiFi, in case you are wondering. So whenever you are scrolling through the list of available WiFi networks, the toggle for WiFi always stays in view no matter what. Essentially saving you a few swipes and taps to go all the way up in case you wish to disable it.

The tweak is only useful when you are hunting for a particular WiFi access point by name using the Settings app. Of course, nothing can beat the convenience of Control Center when it comes to just turning WiFi on your iPhone on or off. Hence in that use case scenario, this tweak shines the brightest. Other than that, you might not be moved the slightest.

This tweak is available to download straight form the BigBoss repo in Cydia for a price of just zero dollars. You can give it a spin right away and see for yourself if it cuts the mustard or not. There's a high chance it might not be useful for you at all, while at the same time it could prove to be the one thing users have been looking for.