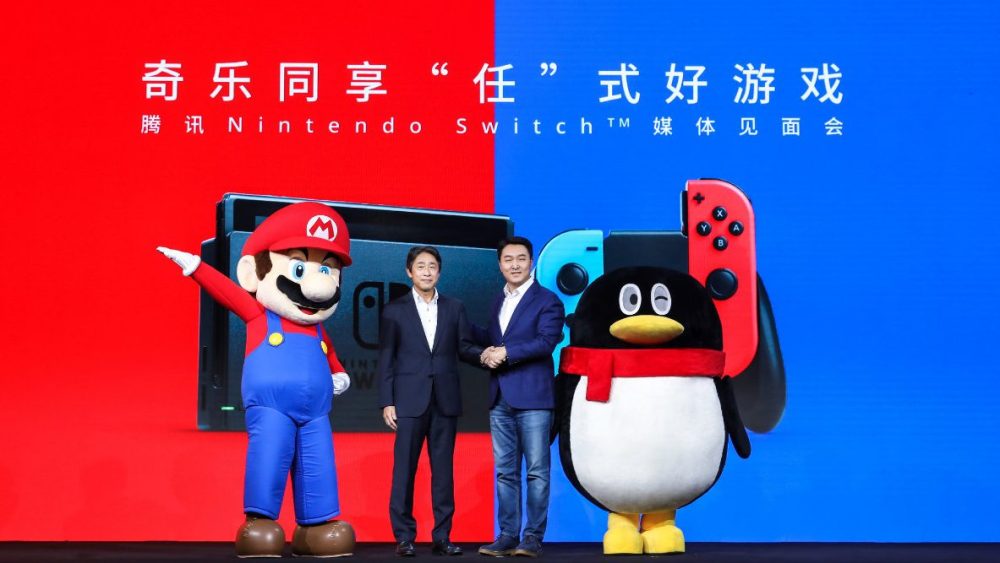 The Nintendo Switch launched in China on the tenth of December last year. Frankly, beyond a small pattering of news regarding the fact that the console launched with just one first party title, Super Smash Bros, it all went fairly smoothly and without further note. Granted, due to the rather closed nature of China and the low level of information coming out of the country on such matters, other aspects were overlooked or simply not known about.

Originally posted on Resetera by user KSweeley, there are a collection of tweets by Danial Ahmad covering the way the Nintendo Switch works in China, the games and how they are essentially both region locked and reverse region locked. What this essentially means is that those within china can only play online with other Chinese players and players outside of China would find it pointless to purchase a Chinese copy of the game.

The packaged version of New Super Mario Bros. U Deluxe released in Mainland China today. It released on the eShop during launch last year.

The blue icon bottom left signifies that it is a Tencent published title and it only works on the Tencent Nintendo Switch console. pic.twitter.com/snWIfVu5mX

All games on the Nintendo Switch in China, much like the console itself, are published by Tencent. In a surprising move, the console can actually play non-Chinese copies of Switch titles, though none of these titles will be able to access the online servers that are hosted by Tencent. This, naturally, ensures non-Chinese copies of games that could potentially contain materials unauthorised by the government are at a lower value to local copies due to their inability to connect online.

Matching this in a reverse region lock is the fact that Tencent published copies of games will not be playable on Nintendo Switch consoles within the rest of the world. There are two simple reasons for this: control and greed. The inability for players outside of China to play a copy of the game keeps Chinese and ROW players separated, keeping the great firewall intact.

Furthermore, it enables Nintendo to stop people importing copies of games. These titles are also priced at a considerably lower price than those published outside of China - approximately $40 within China, $60 outside of China. Essentially, Nintendo forbidding these Chinese copies from working on non-Tencent consoles ensures people won't be able to purchase games at a more favourable rate. All of the above applies to digital copies of games too.

One reason behind this weird reverse region lock system is because Tencent published games are priced at RMB 299 (Approx $40).

This might explain why global Switch users cannot purchase physical or digital Tencent published games because Nintendo would miss out on that $20.

It would be worth noting that the inability for foreign consoles to play Chinese copies of the Nintendo Switch, as well as the inability to access the Tencent servers should act as a deterrent to people who may have considered importing an international console. That and the earlier mentioned aspect of Chinese copies of the games simply being cheaper than international copies.