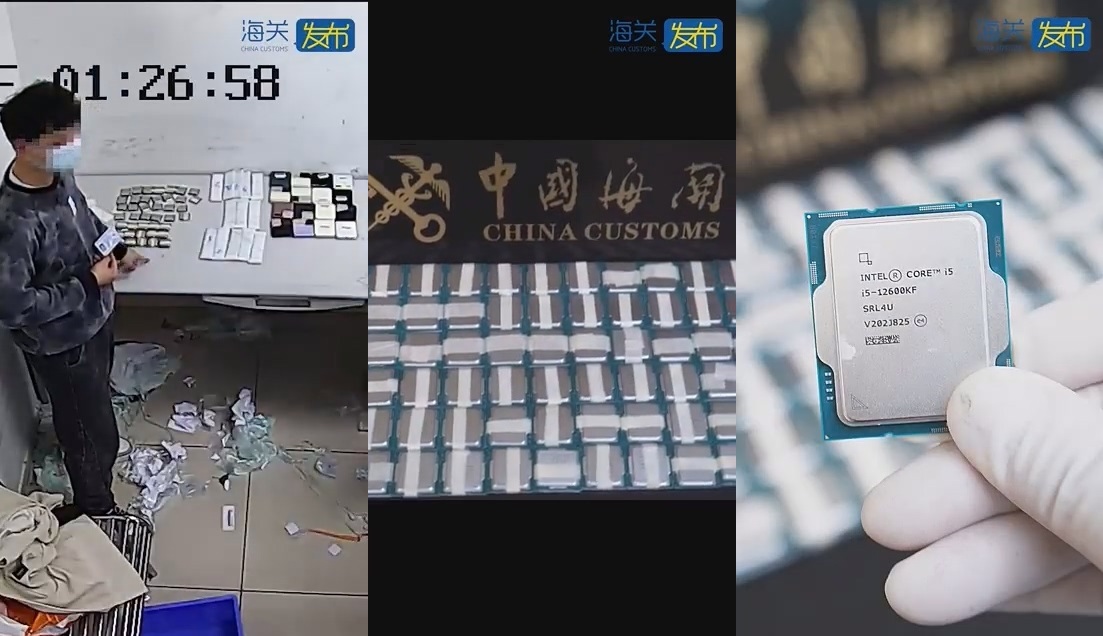 Chinese customs authorities are on a roll and have stopped another individual who was trying to run away with 160 Intel CPUs attached to his body.

It's not just large companies who are trying to evade Chinese customs but also individuals too. In the latest report by MyDrivers, it is reported that the Chinese customs authorities were able to get custody of an individual who was trying to run away with 160 Intel CPUs attached to his body. The individual is being referred to as the 'Walking CPU' or 'CPU Man', reports Videocardz.

The individual was caught with 160 CPUs, taped to his both. These chips included both 11th and 12th Gen processors which are in demand by customers. The person was also carrying 16 folder phones in addition to the CPUs. Most of the CPUs were Intel's Core i5-12600KF which sells for around 2099 RMB or $330 US so 160 units would amount to over $50,000 US.

[Walking CPU] On March 9, the gate customs seized an entry case of a passenger hiding a central processing unit (CPU). At about 1 a.m. that day, a man named Zeng entered the country through the customs “no declaration channel” at the travel inspection site of Gongbei Port. Customs officers found that his walking posture was abnormal and stopped him for inspection.

After further inspection, customs officers seized a total of 160 CPUs and a total of 16 folded mobile phones tied with tape on the inner side of his calf, waist and abdomen. At present, the case has been further processed in accordance with relevant regulations. The customs reminds that the luggage items that individuals bring in and out of the country should be limited to their own use and a reasonable quantity, and should be subject to customs supervision. For those who evade customs supervision by means of personal concealment or item storage, which constitute smuggling, the customs will investigate legal responsibility according to law.

It looks like all of these tax evaders and smugglers are aware of the hefty taxes imposed on these lucrative items by Chinese customs and are trying various schemes to fool them. And these are the only cases that are reported, there could be a huge amount of such individuals who actually get past unchecked and are able to sell illegal items in the market without the customers knowing so.