A few days ago there was news of the PS3 finally getting hacked with the help of the PSJailbreak mod chip which allowed users to backup games to the PS3 and play them without the original disc.

The  device had only one problem with it which was the price. At $170 it was a very expensive solution to jailbreak a PS3 and now certain clone "Chinese" mod chips have surfaced that are available for $20-30 by the name of x3Jailbreak. 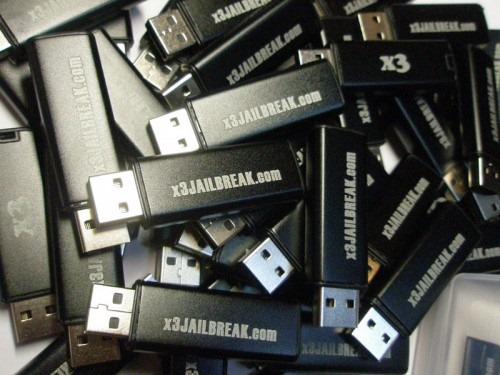 The authors of PSJailbreak are calling it a fake and telling potential buyers to stay away from it since the devices  have no warranty support.

Beware of imitators and Chinese knock-offs, PS Jailbreak is the original solution, Buy original for warranty and support

The clone USB mod chips will, in my opinion, finally allow people to exploit this jailbreak method for the PS3, since the PSJailbreak is VERY expensive at $170 especially considering that there is no surety that the device will work with newer firmware versions and the possibility of this software exploit being blocked is very high. In this situation, the $30 jailbreak solution is the one people will likely try out, though it would still be better if the code for the device is made public so that everyone can use it free of charge.

Still as I mentioned before, there is a very high possibility that this method won't last for long so it's better to wait for Sony's response to these modchips before using them since the mod is not reversible.