Oh my God... seems like deja-vu. It was just yesterday that posted an article on Hilary Clinton's speech over Internet Freedom, mainly targeting China, Middle East and Africa. Now the Chinese Government Official Newspaper has delivered this message to the US.

"China urges US to stop accusations on so-called Internet freedom."

Why "so-called"? Because the Chinese Internet is open. Wide open.

"China urged the United States to respect facts and stop unreasonable accusations on China in the name of so-called Internet freedom," said the article. It then quoted a Foreign Ministry spokesperson as saying, "The US side had criticized China's policies on Internet administration, alluding that China restricts Internet freedom. We firmly oppose such words and deeds, which were against the facts and would harm the China-US relations."

Damn, this is below the belt and it is all because of Google. China insists that its regulations and restrictions are written in China's law thus making it legal for Chinese Government to impose the bans and censors. It is just a matter of cultural differences.

On the subject of Google, Chinese Foreign Ministry's spokesperson Ma Zhaoxu responded: "I wish to stress that Internet in China is open and China supervises Internet according to law," he said. "The Chinese Government encourages the development and application of Internet. China is the country with the largest number of Internet users. Hacking activities in whatever form is strictly prohibited by China's laws. Foreign-invested enterprises in China should abide by China's laws and regulations, respect the interests, culture and traditions of the general public, and assume the corresponding social responsibilities. Google is no exception. China firmly adheres to the policy of opening up and will continue its effort to create a sound environment for foreign enterprises in China including Internet corporations and ensure their legitimate rights and interests."

Hilary's response to the Chinese response was: 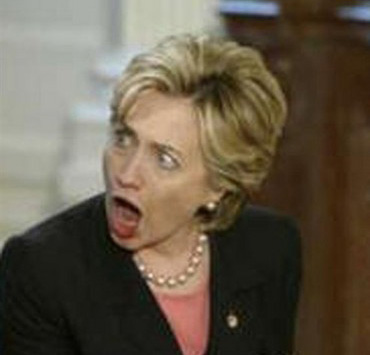 This is where I say... told you so not to mess with China!!