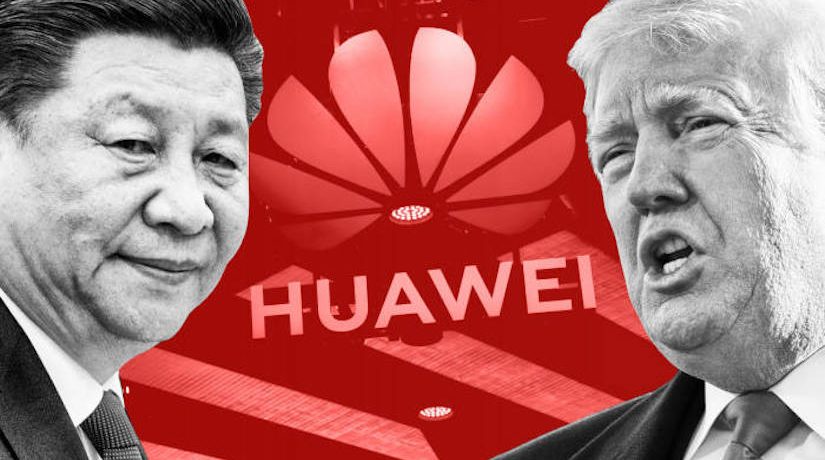 China is widely expected to retaliate against the latest U.S. sanctions that have essentially crippled its preeminent tech company, Huawei Technologies. According to the Global Times, a publication closely tied with the Communist Party of China, the blowback will target American titans such as Apple (NASDAQ:AAPL), Qualcomm (NASDAQ:QCOM), Cisco (NASDAQ:CSCO), and Boeing (NYSE:BA).

As a refresher, on the 15th of May, the Trump administration angered China by blocking silicon heavyweights around the globe from delivering semiconductor components to Huawei or its affiliate HiSilicon. Under the new regime, foreign semiconductor manufacturers that employ American technology or software will now be required to procure a formal license from the Trump administration before delivering these sensitive components to the Chinese tech giants. However, the Commerce Department did provide a concession by stating that the rule change does not affect the chipsets or wafers already in production at the time the directive was issued and that these components can be delivered to Huawei within 120 days. Through this decision, the U.S. officials effectively broadened the Foreign Direct Product Rule, which subjects foreign goods employing American technology or software to U.S. regulations. Given that a significant proportion of the global chipmaking industry utilizes technology and intellectual property sourced from the United States, this step would, in effect, substantially enhance American export control authority.

The final nail in the coffin, however, came today when the Taiwan-based TSMC (NYSE:TSM) halted all new orders from China's Huawei Technologies in compliance with Friday’s directive of the U.S. Department of Commerce. Bear in mind that Huawei is the TSMC’s second-biggest customer after Apple, accounting for around 15 to 20 percent of the Taiwanese chipmaker’s annual revenue. The move has essentially crippled Huawei’s future flagship smartphone lineup as well as 5G ambitions given that HiSilicon remains incapable of producing high-quality chips that these product offerings require. Bear in mind that Huawei's Kirin 980, 985, and 990 chipsets are built on TSMC's 7nm nodes while the Kirin 1080 SoC employs TSMC's 5nm node. Nonetheless, perhaps in anticipation of these restrictions, Huawei has assembled a substantial stockpile of these chipsets and, consequently, will not run out of its stock for a while.

This move by the Trump administration, though widely expected, has generated waves of intense anger in China. As an illustration, the Global Times published a piece on the 17th of May, noting that:

“Such unreasonable suppression from Washington backfired in China and more calls have emerged urging acceleration of 'de-Americanization' to be fully adopted for the worst-case scenario, according to industry insiders and analysts, who claimed that a US political virus is now destroying the global supply chain, making everyone including its own firms like Qualcomm and Apple major victims.”

Moreover, Huawei employees and senior management widely circulated the slogan “drop the fantasies and prepare for a real battle" on social media over the weekend. Apart from jingoistic sloganeering, the Global Times reports that China is mulling its countermeasures that now include a so-called list of “unreliable entities” that will be subjected to enhanced restrictions as well as cybersecurity and anti-monopoly probes. The list is expected to include Apple, Cisco, Qualcomm, and Boeing. Bear in mind that China’s Ministry of Commerce first floated this retaliatory measure back in 2019 when the ministry spokesperson Gao Feng said in a press conference that the country was drawing up a list to target all foreign individuals and companies that aim to block China’s supply chains or impose discriminatory measures for non-commercial reasons. Additionally, the Chinese government will reportedly now encourage its citizens to shun the products delivered by the companies that fall in the unreliable entities list, dealing a potentially massive blow to Apple’s presence in the world’s second-largest economy.

Of course, this step marks just the latest escalation in a long litany of measures that the Trump administration has instituted in recent months that antagonized China by curtailing Huawei’s financial and technological viability. For instance, in June 2019, the U.S. Commerce Department added Huawei to an ‘Entities List’ over national security concerns and for violating U.S. sanctions on Iran. The move obligates U.S. companies to seek prior approval from the U.S. administration before transacting with such blacklisted companies, particularly, when it comes to the sale of semiconductor chips and other sensitive components. More recently, the U.S. government has been pressuring its allies to remove Huawei-sourced 5G telecommunication equipment from their respective 5G service rollout programs.