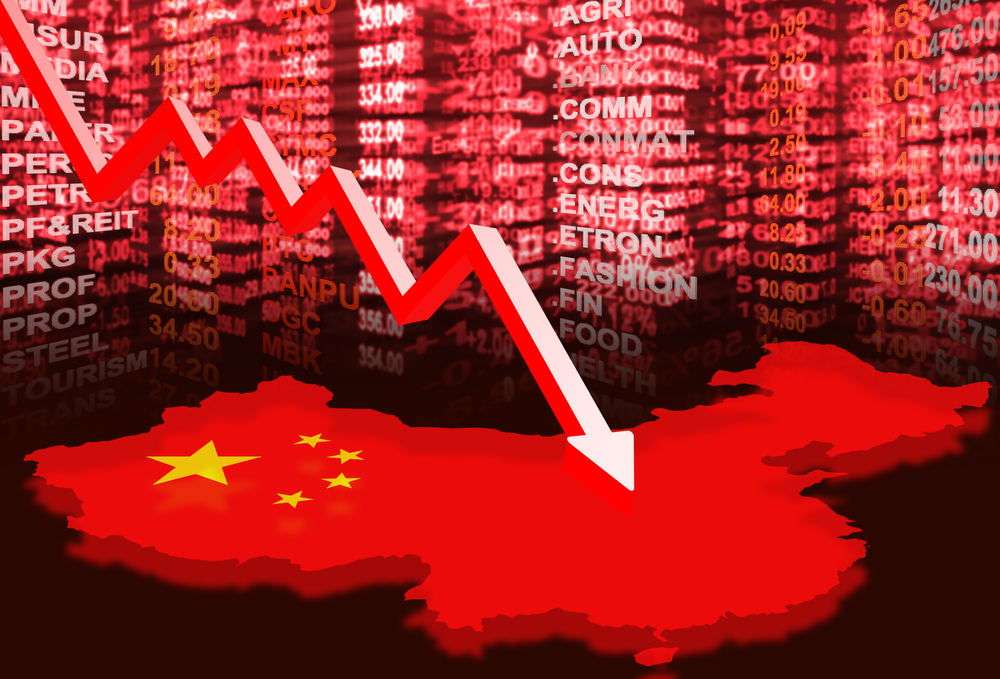 The coronavirus epidemic could not have come at a worse time for China’s financial system already reeling from a record wave of bond defaults. As the epidemic’s toll on the country’s GDP becomes evident, Chinese banks are bracing for a cataclysmic event: a surge of non-performing loans worth around $1 trillion!

The viral outbreak has, so far, claimed upwards of 1,100 lives and infected more than 40,000 people around the globe. Even though the extended lunar new year holidays have ended, China’s offices and factories remain under-staffed as people choose to stay confined in their homes.

In this grim atmosphere, the latest economic prognostications for China’s growth are only adding to the misery associated with the coronavirus epidemic – now officially called COVID-19. As per the reporting by Financial Times today, Deutsche Bank has forecasted that China’s GDP growth in the first quarter of 2020 will likely compute at 4.6 percent, a decline of 1.5 percent relative to the growth level in Q1 2019. This marked deceleration will also drag down global growth by 0.5 percent, according to Deutsche analysts.

Just last week, UBS Group AG estimated that China’s GDP growth will slump to 3.8 percent in the first quarter of 2020, with the full-year growth computing at 5.4 percent, provided that the coronavirus outbreak is contained within 3 months. If, however, the outbreak lasts for an extended period of time, the China’s full-year GDP growth could dip below 5 percent.

These grim GDP prognostications pose a real dilemma for China’s gargantuan $41 trillion financial system which currently has around $20 trillion in ‘problematic’ assets. As we previously reported in December 2019, the pace of defaults in China’s $4.4 trillion onshore bond market approached record levels as companies continued to juggle elevated leverage amid a slowing economy. Till November 2019, China’s corporate bond defaults had risen to 120.4 billion yuan ($17.1 billion), just shy of the highest annual defaults of 121.9 billion yuan recorded in 2018, as per the data collected by Bloomberg.

Now a new crisis is brewing: as China’s GDP falls, the proportion of non-performing loans increases. This, in turn, threatens the financial viability of Chinese banks, given the concurrent onslaught by rising bad debt levels on the banks’ capital adequacy ratios.

Now with UBS estimating a decline in China’s Q1 2020 GDP growth to 3.8 percent, the odds for the worst-case scenario highlighted by the PBOC in its 2019 stress test appear to be increasing.

The chart below details China’s rising level of non-performing loans (as of September 2019):

Additionally, Bloomberg has used S&P estimates to calculate that the above-mentioned worst-case scenario would inflate non-performing loans by 5.6 trillion yuan ($800 billion) above the current level of 2.4 trillion yuan.

Nonetheless, Chinese authorities have tried to calm these concerns in the recent days. As an illustration, Zhou Liang – the vice chairman of the China Banking and Insurance Regulatory Commission – said on Friday that a potential increase in bad loans is "manageable" and that Chinese lenders dissolved bad loans worth 3 trillion yuan in 2019 alone. He did not, however, clarify what level of non-performing loans would become unmanageable.

Economic impact of the coronavirus outbreak

According to the data from United Nations Conference on Trade and Development (UNCTAD), China is the world’s largest exporter of electronic components, accounting for 30 percent of the world’s total exports in this category.

Ana Boata, an economist at Allianz Research, was quoted by Financial Times as saying:

“The coronavirus outbreak is likely to keep the global manufacturing sector in recession in first half of 2020. Electronics and computers are most at risk.”

Moreover, many Asian developing economies remain exposed to damaging effects from stoppages in China’s supply chains. As an illustration, over one-third of manufactured goods imported by South Korea, Vietnam, Indonesia and the Philippines hail from China. Should the crisis deepen, these economies will be extremely vulnerable to an economic shock.

We published a detailed report on Sunday, highlighting the impact on the tech sector from the ongoing coronavirus epidemic. However, the list of affectees keeps growing.

Among the latest developments, the coronavirus outbreak in China could derail Airbnb’s attempts to go public within the next several quarters. According to the Wall Street Journal, Airbnb recorded a net loss $322 million for the nine months through September 2019, down from a $200 million profit a year earlier. This precipitous decline in profitability coupled with a worsening industry environment amid the ravages of the viral outbreak may lead the company to postpone its IPO plans for the foreseeable future. Bear in mind that Airbnb was valued at $31 billion during its last funding round in 2017.