Check Out 22 Minutes Of Lawbreakers Gameplay

If you like arena shooters and you haven't been at PAX Prime, you might be very interested to check out this 22 minutes long video of Lawbreakers gameplay. 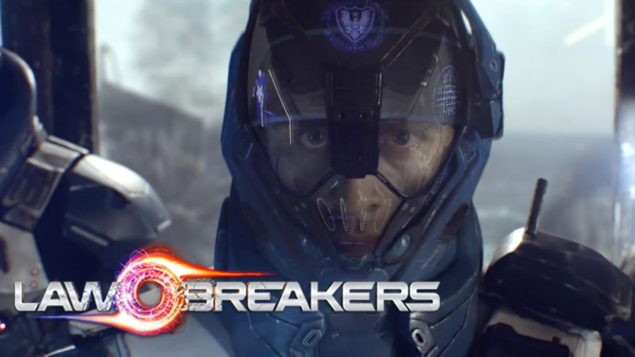 It's actually a series of 9 seconds long clips strung together, but it still gives a pretty good idea at how Cliff Bleszinski's new project is going to play.

The man himself spoke during the convention in Seattle with Gamespot, explaining more of Lawbreakers. We highlighted the most relevant parts of the video interview:

It's a sci-fi FPS set 100 years in the future. It has two sides, organized law enforcement against organized gangs. We're going to have low gravity, zero gravity environments, grappling hooks, jet packs and some things we haven't revealed yet.

Right now, this character based, 5vs5 shooter is kinda blowing up. What differentiates us is the art style first and foremost, then the variable gravity for movement, but we didn't want to do a MOBA.

MOBA is great, but good luck getting one out right now!

Bleszinski then added that the grappling hook mechanic is actually more similar to SpiderMan's web slinging, since you can gain momentum and swing yourself around with it.

UE4 powered Lawbreakers is heading to PC in 2016, but there will be alpha/beta tests earlier than that as confirmed by Boss Key Production's Rohan Rivas.

Of course, we'll keep you posted of any news regarding the upcoming arena shooter.