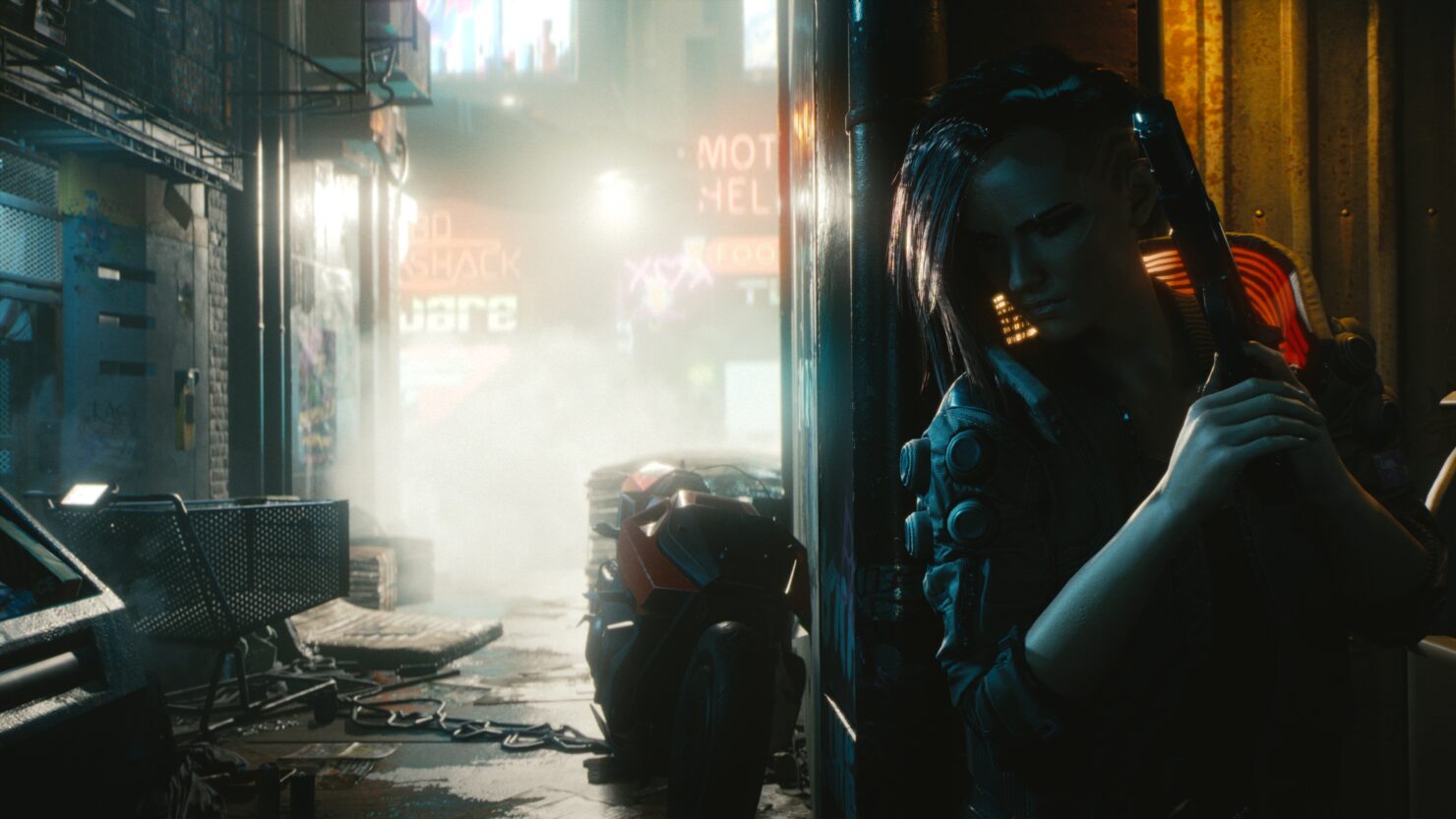 CD Projekt RED has finally opened the Pandora's box of information with regards to their next big roleplaying game, Cyberpunk 2077. The title is being demonstrated to the press behind closed doors (our own on-site reporters Kai and Nathan have an appointment later today, so stay tuned for their impressions) and a fact sheet has been released, too, with a wealth of new information on the game. As a complimentary gift, there's also a full gallery of stunning screenshots grabbed at 4K resolution.

Cyberpunk 2077 doesn't have a release date yet and we wouldn't expect it before late 2019 at the earliest. However, the fact sheet did confirm the developers are targeting a release on PC, PlayStation 4 and Xbox One, thus squashing speculation that it would be on next-generation consoles.

■ The Role-Playing Game of the Dark Future

In 2077, America is in pieces. Megacorps control life in all its aspects from the top floors of their sky-high fortresses. Down below, drug-pushing gangs, dirty-tech hustlers, and slingers of illicit braindances run the streets. The world in between is where decadence, sex, and pop culture mix with violent crime, extreme poverty, and the unattainable promise of the American Dream.

In a world where you have no future, what matters is that you control who you are. To survive and protect your independence, you modify your body with advanced cyberware and take jobs others would never dare. You choose to live free, bound by no systems or controls—the only rules you obey are your own. Because you’re a Cyberpunk.

In Cyberpunk 2077 you play as V—a hired gun on the rise and you just got your first serious contract. In a world of cyberenhanced street warriors, tech-savvy netrunners, and corporate lifehackers, today you take your first step towards becoming an urban legend.

■ Become a street mercenary of the future…

Create a hero able to survive in America’s most dangerous megacity.

■ …and enter the most decadent megacity…

Night City is a playground for dreamers, an urbarn jungle that offers luxury excess… or a bullet to the brain if you mess with the corporations.

Story-driven and action-packed, Cyberpunk 2077‘s cinematic plot was written to provide a rich and robust single-player experience. Offering dozens of hours of main arc quests and lots of additional activities like side quests and Street Stories, the game is a good fit for both hardcore completionists and gamers who like to focus on instant action. Featuring CD Projekt RED’s trademark storytelling system driven by choice and consequence, in Cyberpunk 2077 players navigate the streets of Night City along strongly contrasting paths to arrive at one of a range of story outcomes.