CD Projekt Red’s community coordinator Marcin Momot, and PR guy Michal Platkow-Gilewski, have been teasing ‘something’ related to the Witcher. According to Momot, fans have to pay attention to The Witcher’s social channels as something good is coming up. 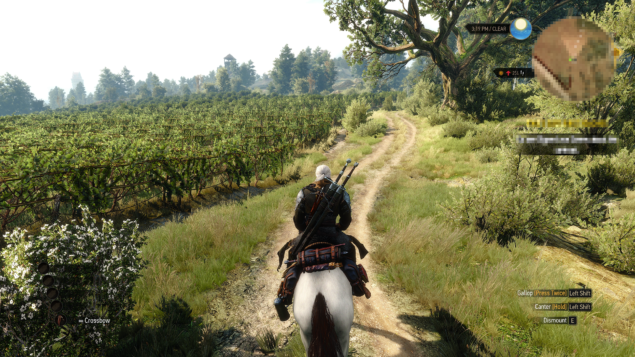 Momot uses the Heart of Stone hashtag in his tweet. This might imply that it has something to do with the upcoming The Witcher 3 expansion.

Make sure to pay attention to our official @witchergame social channels later today. Something good is coming up. #HeartsofStone

Some fans seems to think it’s a new patch for the game, while others are thinking about a new trailer. I’m guessing it’s a new trailer for the Heart of Stone expansion. I guess we’ll find out later today. The tweet from Platkow has some sort of code embedded in it. Twitter user Johnny might be on to something with his solution to the riddle:

The Heart of Stone expansion will be released on October 13th, and players will need to reach level 30 before you’ll be able to access it. The expansion is said to pack over 10 hours of new adventures and introduces new characters, powerful monsters, unique romance, and a brand new storyline shaped by gamer choices. The expansion also introduces a brand new system of Runewords that significantly affects gameplay. Each Runeword will impact a different aspect of in-game mechanics and will allow the players to experiment with various strategies and tactics.