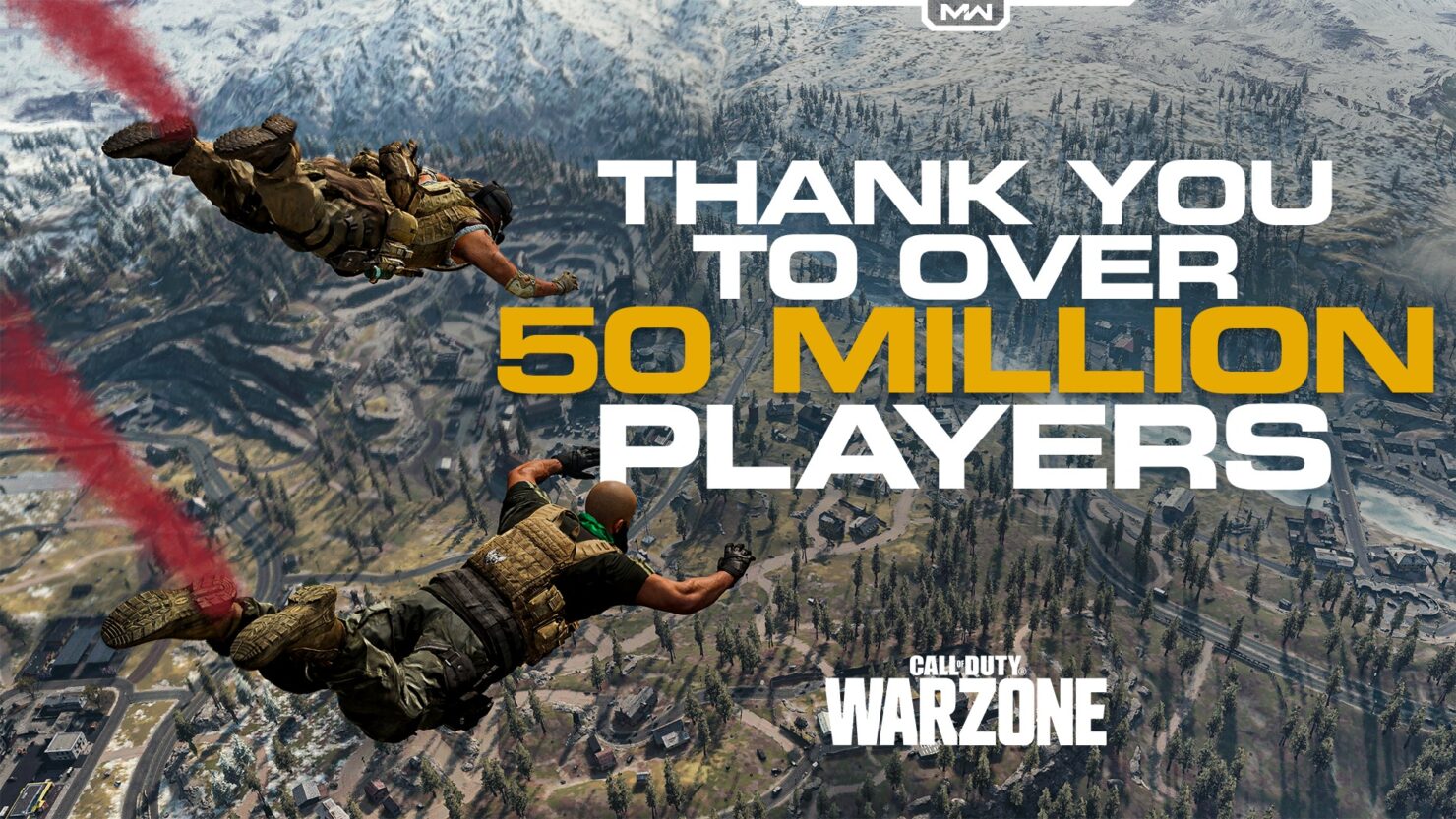 Call of Duty Warzone continues to break records when it comes to player count. According to the official Twitter account, the free-to-play Battle Royale game made by Infinity Ward has now surpassed 50 million players since its debut on March 10th, a little over a month ago.

Call of Duty fans recently also got the chance to relive the single player campaign of Modern Warfare 2 in the Remastered edition, which dropped in late March on PlayStation 4 and will become available on PC and Xbox One at the end of April. However, the game featured no multiplayer and Special Ops modes. As clarified by Infinity Ward, that's because the developers wanted to avoid dispersing the playerbase over multiple experiences, crafting an 'unified online multiplayer playground' instead. Given the success of Modern Warfare and Warzone, it's hard to blame them.

Thank you #Warzone players for dropping in with us. #FreeCallofDuty pic.twitter.com/is2kpgRq6U

Warzone, which launched only with three-men squads, was recently updated to support four-men or 'quads'. Modern Warfare's Season Three also includes other Warzone-related changes, as detailed below.

During the Season, expect to see more modes and playlists that change the loot pool to specific weapon types, and high action modes such as ‘Scopes and Scatter Guns’ (only sniper rifles & shotguns), in addition to other surprises.

Furthermore, ground loot will have a continuous overhaul to diversify the strategies you can take across Warzone. Of note, expect to see every weapon type with a silenced and non-silenced variant, allowing squads to kit themselves for silent operations… or for that final “guns blazing” shootout at the end of a Battle Royale.

Like additional playlists, be on the lookout for the introduction of new weapons and blueprints in Supply Boxes and ground loot to Verdansk and stay tuned for additional meta updates as the Warzone further evolves.