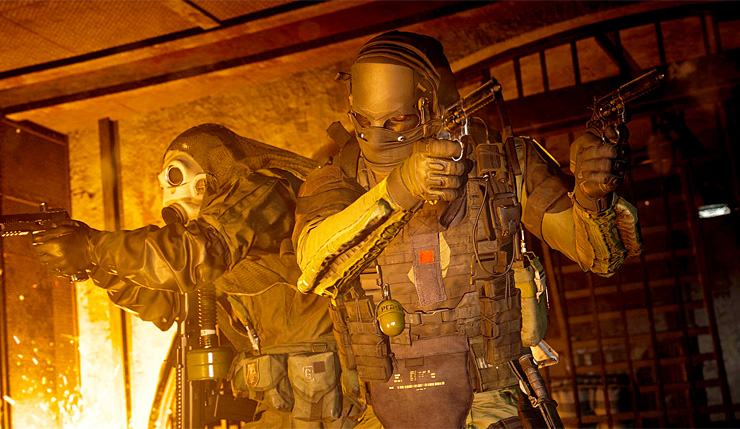 Call of Duty: Warzone players have been asking for a duos mode pretty much since the game launched, but Infinity Ward has always remained noncommittal. That was maybe justified at first, but as other modes like solo and quads were added, the absence of duos made less and less sense. What was so hard about letting players team up with one other person? Was Infinity Ward teasing fans? Well, Infinity Ward released a surprise playlist update for Warzone today, and yes, duos mode is a go!

Here’s a bit more detail about how duos work:

In Duos, you and your partner drop into Verdansk with Battle Royale rules. You can either bring a buddy into the Warzone, or squad up with a random player. Once your duo readies up, participates in the pre-game lobby, and drops into Verdansk safely, your mission is to outlast all the other rival pairs of Operators.

If your duo goes down, you can revive them before they bleed out and lose their loadout. Doing so will save them a trip to the Gulag, where they will fight in a 1v1 to earn their right back into the game. If they die in the Gulag, or perish when they return from it, you can still buy them back at a Buy Station. While you loot and hunt around Verdansk, the circle collapse will limit the playable area, forcing squads to fight until only one remains. The last duo standing – even if only one of that squad is alive – wins the game.

Why did it take so long to deliver duos? Who knows? But the mode is here now, so Warzone players can be happy and never complain about anything ever again. Right? Right?

Call of Duty: Warzone is available for free on PC, Xbox One, and PS4.