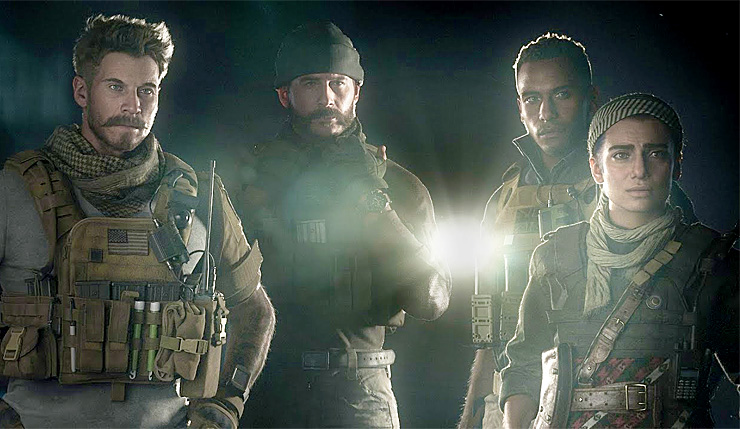 Call of Duty: Modern Warfare just dropped a new story trailer for the franchise’s returning campaign mode, and it’s rather dramatic stuff. Chemical weapons have fallen into terrorist hands, and it’s up to the newly reimagined Captain Price to track them down. To do so, he teams up with Farrah, leader of a band of “liberation fighters” in the fictional country of Urzikstani (an obvious Afghanistan stand-in). Looks like players may be faced with some tough choices, but the campaign will still be, first and foremost, a traditional big action spectacle. You can watch the trailer, below.

During Sony’s latest State of Play show, Activision also announced that a new Special Ops Survival Mode will be exclusive to the PS4 for a full year. It was recently revealed that most Modern Warfare DLC will hit all platforms simultaneous, but apparently PlayStation owners still get some exclusive goodies. We don’t know too much about Survival Mode yet (a quick glimpse is shown at the end of the new trailer), but it’s probably safe to assume it’s your standard wave-based mode.

Call of Duty: Modern Warfare storms onto PC, Xbox One, and PS4 on October 25. What do you think? Has the new campaign piqued your interest?