New Call of Duty: Modern Warfare Engine Will Push Five Times More Geometry per Frame Than the Previous One 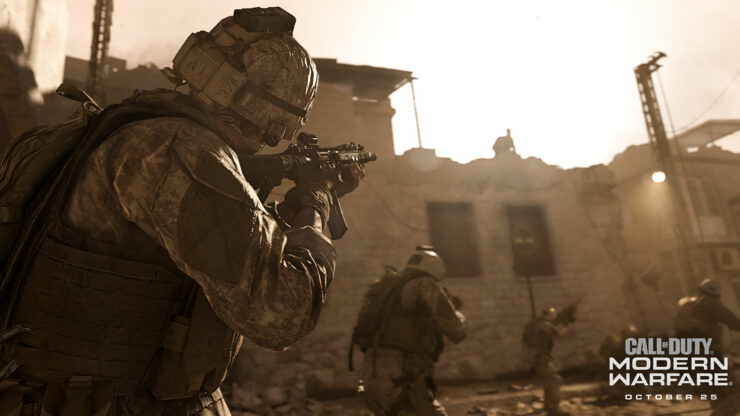 Call of Duty: Modern Warfare is trying to differentiate itself from its predecessors in many ways. The story, for instance, is said to be a much more realistic depiction of war than usual for the series.

That will be reflected mainly in the campaign's plot, of course, but the graphics will also be much more detailed thanks to the new engine debuting in Call of Duty: Modern Warfare.

A blog post published yesterday on the game's official site goes into the finer details of the technical changes. Among the main improvements, there's the greatly increased geometry output.

Previously, we couldn’t push as many triangles or as much geometry. The new system allows us to push roughly five times more geometry per frame than we used to on consoles. Previous Call of Duty games were pushing around three million polygons per frame, [up to around] five million. Recently, we raised the artificial limit we had imposed on our game engine; to 16-17 million polygons per frame. We’ve had it up to silly levels; 24 million triangles per frame, and this is all to ensure we get all the data we have grabbed and match it in the game.

Every single cubic inch of air around you… it is filled with something. Dust. Dirt. Aerosols. Gas. And it can change your vision, and how lighting reacts, but you can also use it in the game’s storytelling. That something happened at a location before you arrived. We really pushed hard with volumetric lighting, so every single light in the game is volumetric light; a real light with volumetrics built into it.

We have specifications where our artists can change how dense the air is in any part of the environment. Maybe a cellar is dense with dust particles. And you can change this by your actions, and by events; so maybe there’s an airstrike and the air around you becomes much thicker, and we experimented with that, to make sure volumetric lighting is part of the gameplay itself; it affects how we play, and the visuals.

Call of Duty: Modern Warfare, due on October 25th for PC, PlayStation 4 and Xbox One, will also support real-time DirectX Raytracing (DXR) and NVIDIA Adaptive Shading technologies on PC thanks to the partnership with NVIDIA.