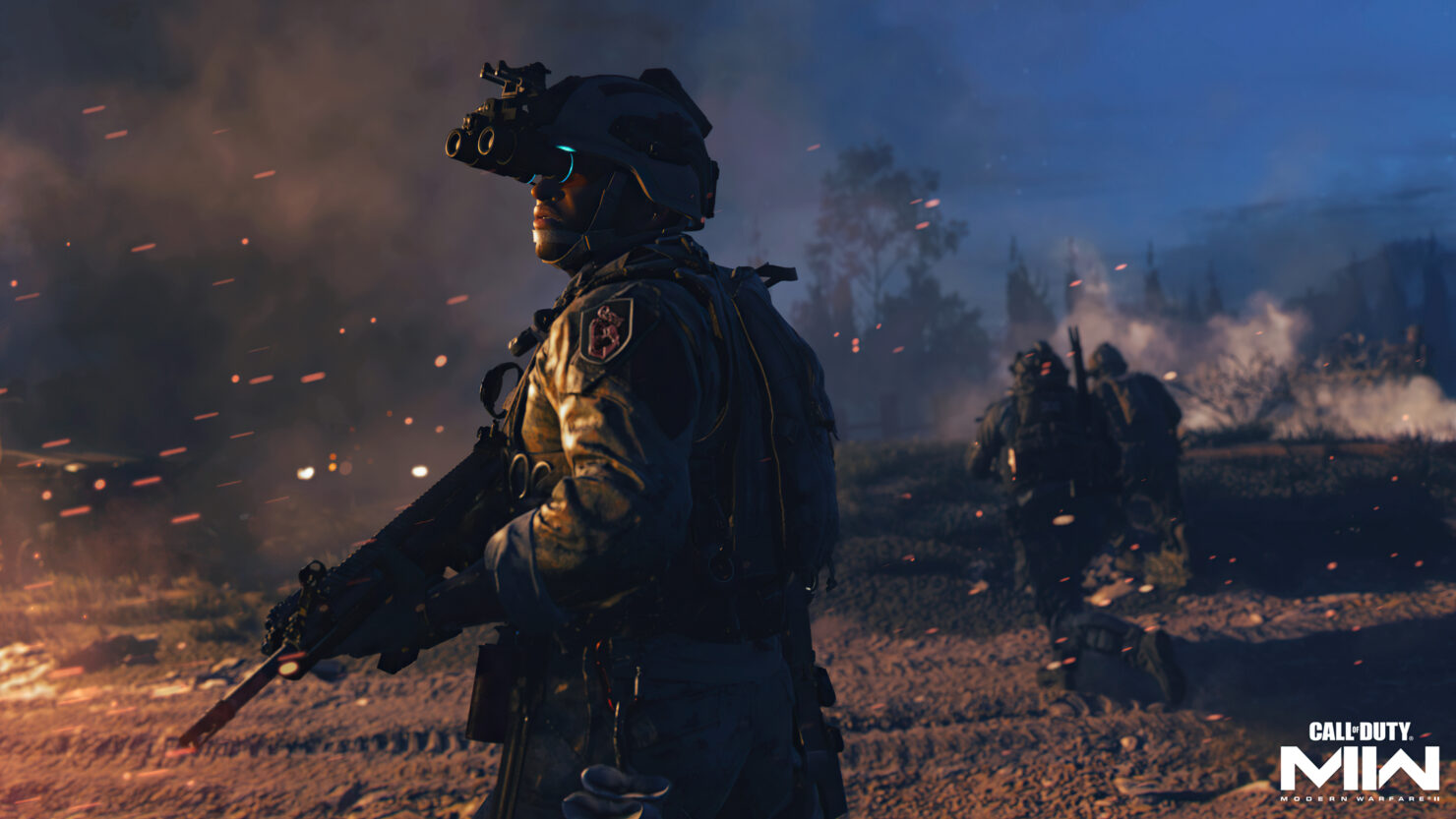 Call of Duty: Modern Warfare 2 showed a lengthy gameplay trailer at Summer Game Fest yesterday. The developers have also been doing a few interviews with the press, and in a roundtable Q&A transcribed by GamesBeat, Infinity Ward revealed that the game won't feature extensive destruction in multiplayer modes.

Smith: No. We’re not doing destruction. We can’t really afford it on a large scale across the map. I’m the worst person to kill everybody’s fun, but I can’t lie to you. I really feel like the design language has to–we have special effects artists that really love Jersey barriers, which are these little concrete barriers, and you can chip and dish into them. But if I can shoot that concrete, I should be able to shoot into the foundation of a house and everything else. We’re doing as much as we can–it’s better to phrase it as damage. Showing damage, showing wear, showing what’s happened without actually popping out structural pieces.

Kelly: One of the challenges–it goes back to what you were talking about before. We at one point entertained and looked at destruction. The challenges you run into, once you incorporate full destruction, it’s very difficult to create a play space where you would call it an appropriate combat space. If you can punch through walls, everything like that. At the other end of the spectrum, if you have more of a purely–I don’t want to call it just cosmetic, but where you can’t shoot holes through the walls, things like that, you also end up with the challenge of visibility. Now you have variable backdrops. You have to do other things in terms of room lighting and fill and all these other things where you’re artificially representing things and characters in the environment.

Smith: Single-player has some great destruction. We went crazy on that.

Modern Warfare 2 Could Come Back to Steam on PC [UPDATED]