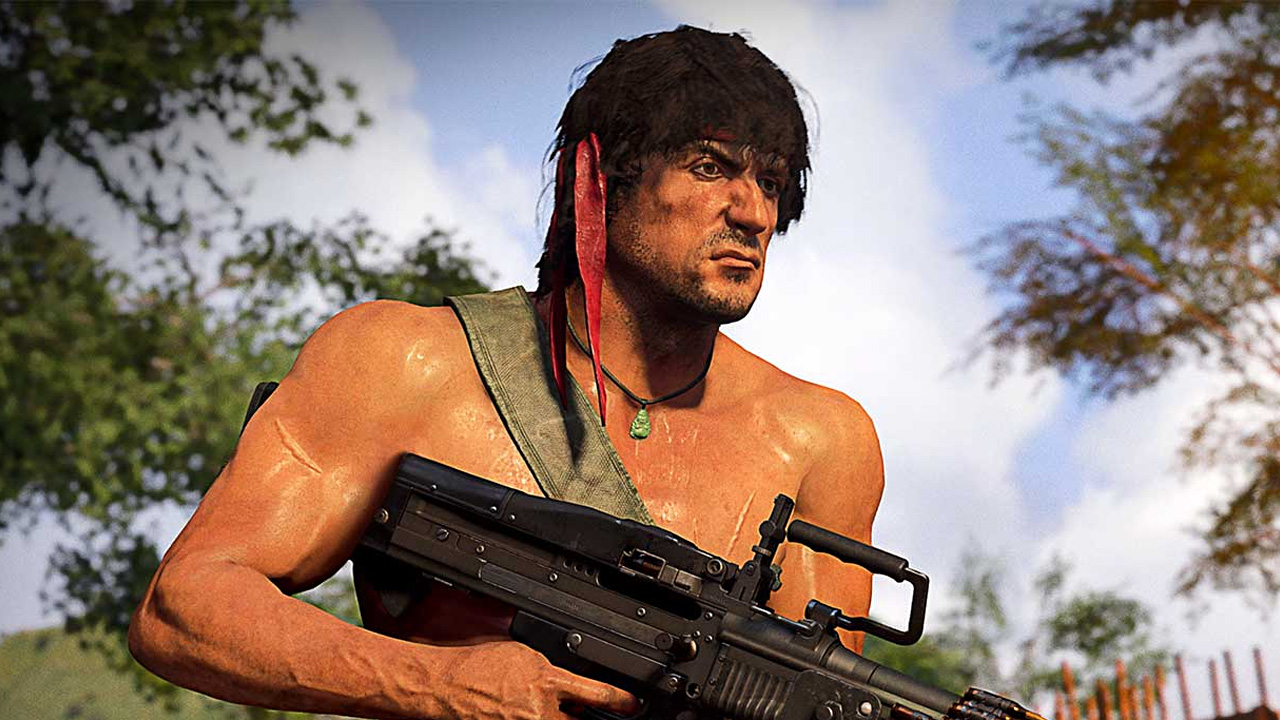 Get ready for some old-school macho fun as Activision has officially revealed their Call of Duty: Black Ops Cold War and Warzone Season 3 refresh is all about the 80s action heroes! As previously leaked, both Rambo and John McClane are coming to Call of Duty, but Activision isn’t just tossing out a couple of skins and calling it a day -- all sorts of other retro goodies are on the way. The iconic Nakatomi Plaza is being added to Warzone, Rambo is getting his own version of Gun Game, players can compete in an 80s Action Hero event, and more. Check out a trailer for the 80s Action Heroes seasonal update, below.

And here’s the full roadmap of all the radical, badical upcoming content (click on the image for full resolution). 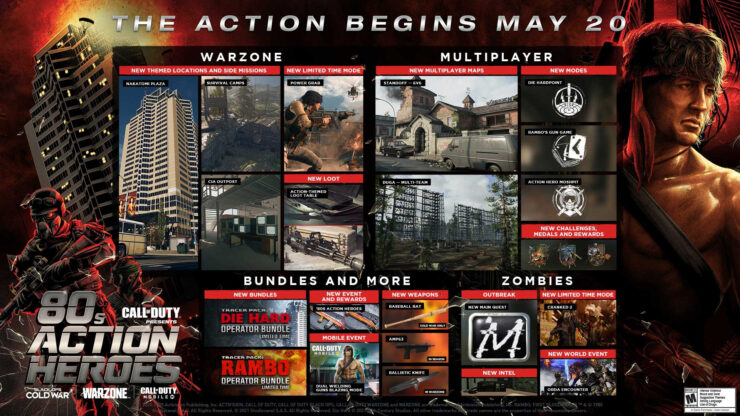 Here’s the full rundown on the 80s Action Heroes content:

Serving time for murder, highly decorated MACV-SOG soldier John Rambo is offered one more mission – return to Vietnam and locate American POWs. If successful, he will be released, and given a full Presidential pardon…

This Operator will be available via the “Rambo” bundle in the Black Ops Cold War and Warzone Store from May 19 at 9PM PT to June 18 at 9PM PT. This bundle includes the Legendary Operator; two Finishing Moves, including one using his signature bow and arrow; three Legendary Weapon Blueprints—an assault rifle, an LMG and a Knife Blueprint; a Legendary Calling Card and Emblem; and an Epic Watch and Charm.

A hard-bitten New York cop, John McClane has a talent for being in the wrong place at the wrong time. Now in the fight of his life, he’ll have to rely on his cocky attitude and level head to stay alive.

John McClane will be available via the “Die Hard” bundle in the Black Ops Cold War and Warzone Store from May 19 at 9PM PT to June 18 at 9PM PT. This bundle includes the Legendary Operator, a Finishing Move, three Legendary Weapon Blueprints—one tactical rifle, two SMG, and one assault rifle—a Legendary Calling Card and Emblem, an Epic Watch, and an Epic Weapon Charm. 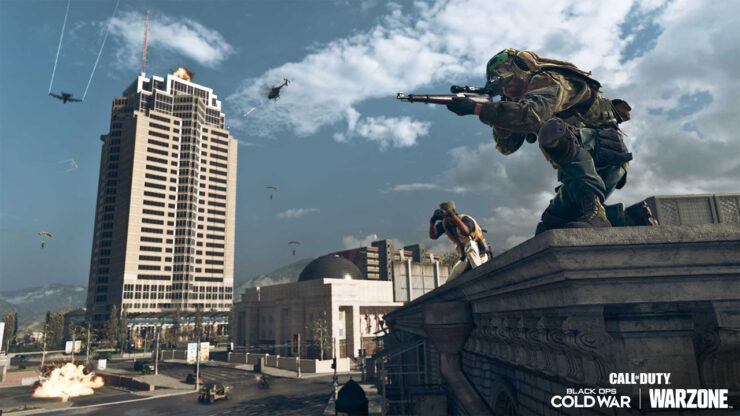 The headquarters of the Nakatomi Corporation have moved from sunny Los Angeles to Verdansk’s Downtown for a limited time. This is the tallest single structure seen in Warzone and includes five floors of a space that will be familiar to those who know and love the original Die Hard.

In addition to replacing the Broadcast Tower and surrounding blocks that normally define Downtown’s southern district, Nakatomi Plaza features multiple optional missions that can be completed during Battle Royale and Plunder for rewards both in-game and for your profile. This includes exploring the tower for Supply Boxes, defusing C4 on the tower’s roof, and interrupting an arms deal gone wrong. If you and your squad are lucky enough, you may even be able to do what no international criminal has been able to pull off before: successfully crack the Nakatomi Plaza vault and escape with its riches.

Around Verdansk, numerous campsites have been converted into Survival Camps as a homage to Rambo: First Blood Part II. Find any of these ten camps across the map, and you could walk out with some solid loadout items or the dog tags of comrades who fell long before your arrival. Collect enough of them, and you may be able to get an even greater reward…

One of the aircraft hangars in Verdansk’s northwest sector has been converted into a makeshift CIA Outpost, as these agents need a home base to start tracking down the elusive Rambo. Apparently, these field operatives are also searching for any identification of fallen soldiers and may bring in some air reinforcements should enough of them be collected for extraction. Maybe this can be used to stage an ambush that only a true guerilla warfare expert could handle…

The Combat Bow adds an explosive punch to any loadout when found in Verdansk or Rebirth Island. Effective against both infantry and vehicles, this new Killstreak can help your squad turn the tide of battle through unconventional warfare. The longer you pull back the bow, the farther the explosive-tipped arrow will go, so be sure to adjust your strength as needed to hit targets at longer distances.

The Ballistic Knife Comes to Warzone

The Ballistic Knife of Black Ops series fame also comes to Warzone in Season Three Reloaded! Built for stealth kills from multiple distances, this versatile weapon allows for melee attacks up close and a projectile blade attack from short-to-medium ranges.

In Power Grab, Operators will find that the starting circle collapse is smaller than in a traditional Battle Royale in Verdansk. This circle collapse will have five stages and there is no Gulag to escape from upon death. Instead, you must either revive your squadmates via the Buy Station or earn the right to revive them by collecting Dog Tags.

Similar to Kill Confirmed in traditional Multiplayer, every Operator will drop a Dog Tag each time they are eliminated. These Dog Tags can also be found as rewards for completing Contracts, and in rare cases, they can be found in Supply Boxes around Verdansk. Each Dog Tag collected brings you one notch up a reward ladder, which is visible on the right side of your HUD. This reward ladder includes a UAV; a Respawn Token, which gives you the right to infil into Verdansk again; and Advanced Gas Masks and Specialist Bonuses, at higher tiers. Be the last squad standing to win. 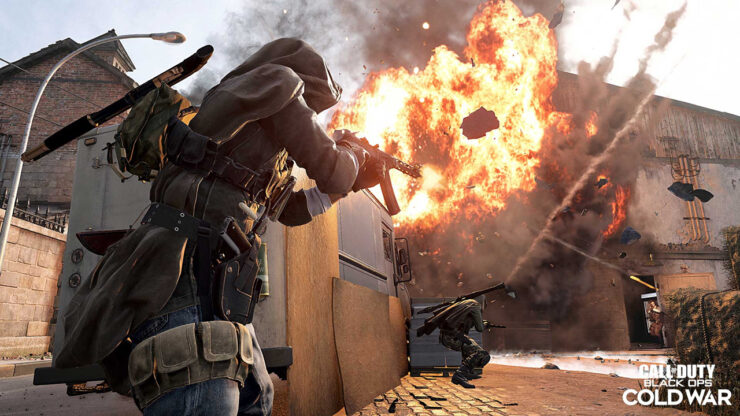 First introduced in Black Ops II, Standoff is a 6v6 medium-sized map that features a timeless three-lane feel and provides plentiful opportunities for outsmarting your opponents. Remember to check the central building, and always be mindful of a certain exploding van, which has plenty of notoriety within the Call of Duty competitive community…

Duga offers something for every playstyle, whether you prefer to move through the central admin offices for close-range battles or work your way around the perimeter through the bus depot to the chemical processing plant for long-range battles. If you can’t decide where to hone your skills, try making your way atop the array tower for a tactical view before parachuting off to your destination of choice.

Work alongside your squad to capture Hardpoints and eliminate enemies in a race to gain 200 points, or the most points before time expires. Capturing a Hardpoint will give you a movement speed boost (the first of five potential buffs) and set your timer to 30 seconds. But beware: these buffs come at the cost of your life in explosive fashion when the clock hits zero.

This timer can be extended by earning eliminations and playing the objective, so aggressive play will be key to survival. While on your team's Hardpoint, your timer will be paused, and kills will add 15 seconds to your timer up to a max of 30 seconds. Successive kills will also grant you up to four additional buffs on top of movement speed: weapon handling, ADS speed, slide speed, and a larger explosion for when you inevitably die (only achievable after a five-kill streak.) Also, since this is an action-movie inspired playlist, expect the Operators to put on their best acting chops upon being eliminated.

Fans of Squad vs. Squad game modes will have an intense new last team-standing experience to take on across Black Ops Cold War’s biggest maps. In Multi-Team Elimination, ten teams of four will drop in and fight to survive against ever-expanding radiation zones. Redeploys will be limited and loadouts will be restricted, so teams will need to scavenge for weapons, Scorestreaks, Armor, and more. Emerge as the last team standing or the first squad to board the exfil chopper in the final safe zone to achieve victory in this massive new Multiplayer mode

On its own, Gun Game can be a fast and frenetic party mode, but what happens when Rambo joins the party? The rotation of 20 weapons gets a serious boost in firepower, as the Combat Bow, War Machine, RPG-7, and even the Death Machine get added into a fresh set of armaments. To help keep our action heroes alive, players will also be equipped with the Stimshot.

In addition to the standard Medals received during Multiplayer and Zombies matches, the ’80s Action Heroes event will introduce limited-time Medals with nods to both the Die Hard and Rambo franchises. 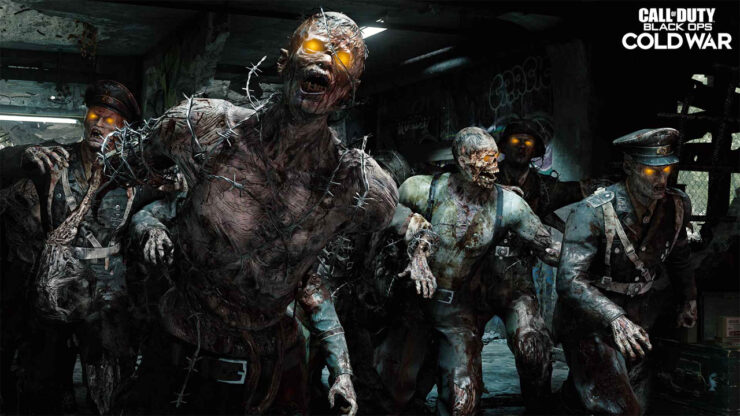 Requiem agents deployed to the Outbreak Zone will find a brand-new Main Quest to experience for the first time in Outbreak. The events that unfold within will set the stage for the next round-based map in Black Ops Cold War Zombies, as well as what’s still to come in future seasons. Watch for details from Treyarch on when players can expect to join in on the Easter egg hunt this week!

Season Three Reloaded also delivers a new World Event to discover in Outbreak. Massive Orda monsters now wander the Ural Mountains, posing a considerable challenge with powerful rewards for those who come out of the encounter alive.

Cranked 2: No Time to Crank (Launch)

In this new take on Cranked in Zombies, all players will start with a Knife,  with Wall Buys disabled and Crafting Tables removed. All Mystery Box locations will be active and restocked with different armaments, including more frequent Support items. In addition to finding more explosive ordinances from the Mystery Box, zombies are more likely to drop lethal explosive equipment.

Just like in the hit prequel to Cranked 2, eliminating your first zombie starts a Cranked Timer. Keep it ticking with each elimination, as the timer’s duration decreases as rounds progress... Will you be able to keep your Cranked Timer above zero and avoid a fiery demise?

In addition to this new content in Outbreak and round-based Zombies maps, Treyarch is bringing Custom Mod support to the “Apply Blueprint” feature to allow players to save their own custom Blueprints and bring them into Zombies alongside the Blueprints they already own. 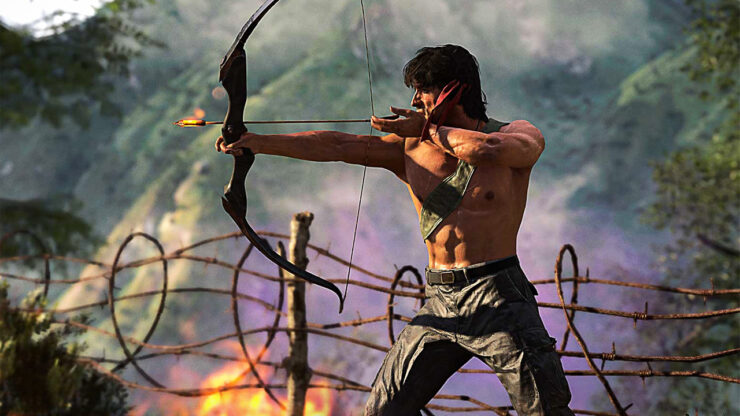 Content for Both Call of Duty: Black Ops Cold War and Warzone

A classic bruiser’s weapon of war, and Black Ops Cold War’s newest addition for one-hit melee fans, the Baseball Bat is what you want when the enemy has you in a pickle. Whether it’s against the undead hordes in Zombies or enemy Operators in Multiplayer, using the Baseball Bat could mean the difference between sitting on your squad’s bench or becoming its MVP.

Slotting in as the fourth sidearm in Black Ops Cold War’s arsenal, this defense weapon is a cross between a self-loading pistol and a fully automatic SMG. Expect this weapon to output high amounts of damage in a short period of time thanks to its full-auto nature, which makes it highly effective in close quarters.

Similar to the “Hunt for Adler” and “Haunting of Verdansk” Call of Duty events, Operators will be tasked with completing objectives in both Black Ops Cold War and Warzone, receiving rewards that can be used across both titles, with the exception of the Robot Tank Arcade Game (available only in the Black Ops Cold War Barracks). These challenges are themed around the awesome new, limited-time content, and include objectives like completing matches in specific playlists or earning kills with the new Combat Bow Killstreak in Warzone. Complete all nine Black Ops Cold War challenges to unlock a semi-automatic tactical rifle Weapon Blueprint and complete all nine of the Warzone challenges to get an awesome Bolt-Action Sniper Rifle Weapon Blueprint.

Phew! Is that it? Are we done yet? That’s a heck of a lot of stuff! Thankfully, the download won’t be too crazy by Call of Duty standards – the Cold War update is around 10 GB on PC and PS5, 13 GB on Xbox Series X/S, and 7 to 8 GB on last-gen consoles. Meanwhile, the Warzone update is around 15 GB on all platforms.