For past few months, the rumors ground has been hot for upcoming second next-gen installment in the Activison's old-timer and most remarkable first-person shooter video game franchise. A new Call of Duty game for 2014 is inevitable as the series meet a new game every year, but until now, with few other details, all we knew was a new Call of Duty game will arrive later this year. 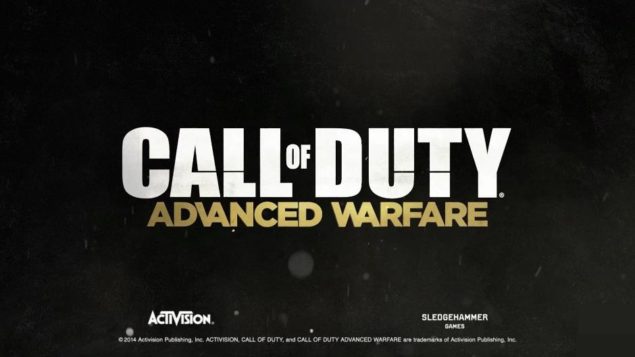 Infinity Ward released its Call of Duty: Ghosts for almost all major gaming platforms last year. Despite getting critically flaked by the gaming community and in several reviews by important gaming websites, the game scored first rank in most video games sales charts across the globe, keeping Activision's pockets deep. But the publisher clearly did not want to keep the game series resting in hands of Infinity Ward and so, Sledgehammer Games is to be held responsible for Call of Duty 2014.

Until a couple of days ago, all we knew about the upcoming Call of Duty was that it is being developed for release later this year by Sledgehammer Games and that it will truly define next-gen gaming and all that stuff. Then, just yesterday, a teaser trailer for the upcoming first-person shooter video game emerged, and this month's Game Informer was also revealed to be all about Call of Duty 2014. The teaser trailer promised the full reveal of the game on May 4, 2014. But how can leaks spare an upcoming highly anticipated title?

Today, first came a leaked audio recording, which gamers took as a proof that actor Kevin Spacey will play role in the Sledgehammer's Call of Duty title. This leak was followed by an official affirmative confirmation about his involvement. Leaks did not stop there, and next came a whole new trailer of the game along with some screenshot through Destructoid's "trusted source."

The trailer names the game as Call of Duty: Advanced Warfare. Remember something? Yes, the game was originally announced before Modern Warfare 3 and after Black Ops. But Sledgehammer's focus on Modern Warfare 3 did not allow the developer to complete this little-known title back then. Now, it seems like Sledgehammer has brought it back to life with some amendments in the gameplay and main plot of the game.

According to a "trusted source" and what the trailer shows, Call of Duty: Advanced Warfare mainly focuses on a soldier of a private military company, led by Spacey's character, that has turned on the government of the United States. The leaked media content from Call of Duty: Advanced Warfare show that the game is apparently set in highly futuristic world where all the fighting is done with advanced weaponry. Release date shown at the end of trailer is November 4, 2014.

The leaked trailer is full of futuristic weaponry for war purposes, including giant transport aircraft with the ability to cloak themselves in the sky, tech boasting hoverbikes, hand gloves with some kind of technology that allows players to scale buildings (similar to the ones shown in Mission Impossible: Ghost Protocol), and futuristic soldiers safety enclosed in Elysium-esque exosuits. The leaked trailer can be viewed here and the screenshots are given at the end of this post.

Examining the situation that the leaked Call of Duty: Advanced Warfare media created today, Sledgehammer Games found it best to take the covers off its game and doing so, an official trailer has been released by publisher of the game. This means Call of Duty: Advanced Warfare is official now and gamers finally know what they exactly are waiting for. The trailer is from Xbox One version of the game, it can be viewed below.